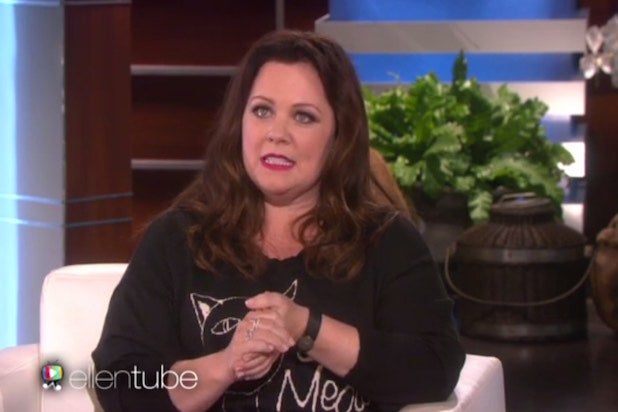 In an interview with Ellen DeGeneres, Melissa McCarthy opened up about a recent encounter with a reporter who called her “hideous” in 2014 comedy “Tammy.”

According to McCarthy, the reporter said that she “is only a good actress when she looks attractive, and that my husband shouldn’t be allowed to direct me because he let me look hideous in this movie.”

She said she felt the reporter was asking, “How dare women not look beautiful, perfect and attractive in a movie?”

While talking to the reporter at the Toronto Film Festival, McCarthy asked, “Would you do this to a man?”

“Well… you really looked bad,” McCarthy said he responded during their discussion about “Tammy” — a character that didn’t particularly care about her appearance.

McCarthy then asked him if he had a daughter: “If she comes home and someone says, ‘You can’t have a job because you are unattractive,’ are you going to say, ‘That’s right’?”

Also Read: Emma Watson Speaks Out for Feminism and Against Man-Hating at UN (Video)

“Just know every time you write stuff, every young girl in this country reads that, and they just get a little bit chipped away,” McCarthy said. “I just think we tear down women in this country for all these superficial reasons, and women are so great and strong.”

This isn’t the first time the actress has been criticized for her weight in the media. Two years ago, New York Observer film critic Rex Reed called her “tractor-sized” and a “female hippo” in an “Identity Thief” review, which received enormous backlash.