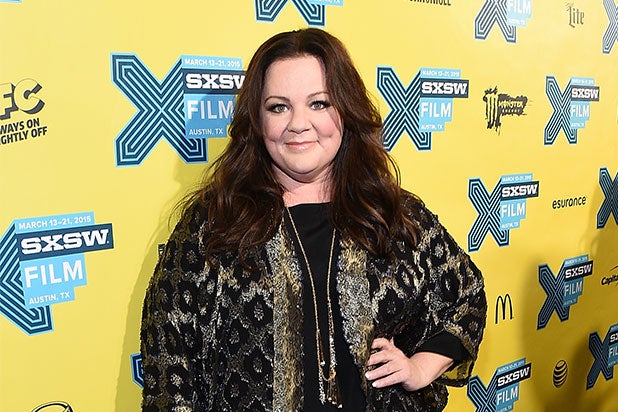 The Melissa McCarthy comedy “Superintelligence” has been bumped from its planned holiday theatrical release by Warner Bros. and New Line Cinema and will instead premiere on HBO Max in spring 2020, Warner Media announced Thursday.

The film — directed by Ben Falcone and written by Steve Mallory — was originally slated for release on Dec. 20. It’s moving off a busy holiday weekend that also includes “Cats,” “Bombshell” and “Star Wars: The Rise of Skywalker.”

“Superintelligence” is a comedy about a woman selected for surveillance so that a new artificial intelligence program can learn. But the program soon has her TV, phone and microwave snarkily talking back to her as it slowly grows in sentience and threatens to take over the world. Only McCarthy’s character can save humanity before the AI program with an attitude decides to pull the plug on humanity.

Also Read: Melissa McCarthy in Talks for Live-Action 'The Little Mermaid' as Ursula

“We used the A.I. from ‘Superintelligence’ to look at every single platform in the world, and then used its super knowledge and big artificial brain-like thing to determine that HBO Max was the right home for our film,” McCarthy and Falcone said in a statement.

“This is the perfect high concept comedy with an artist we all love to work with, and shows the top caliber of talent we’re bringing to HBO Max,” Kevin Reilly, chief content officer of HBO Max and president of TNT, TBS and truTV said in a statement.

“The pairing of HBO Max with the tremendous talent of Melissa and Ben demonstrates the advantage of collaboration across WarnerMedia, and our ability to work with our creative partners to determine the distribution platform that will deliver the greatest success for their projects,” said Toby Emmerich, Chairman, Warner Bros. Pictures Group.

HBO Max has rapidly been adding to their film slate, also announcing on Thursday that it would be the home to the entire library of Studio Ghibli films, including “Spirited Away” and “My Neighbor Totoro.” The service will launch in spring 2020.

McCarthy had a career-low at the box office with the release of the drama “The Kitchen,” also from New Line. The gangster movie co-starring Tiffany Haddish and Elisabeth Moss opened to only $5.5 million at the box office this August. She’s also slated to star in Disney’s live-action “Little Mermaid” movie as the villain Ursula.