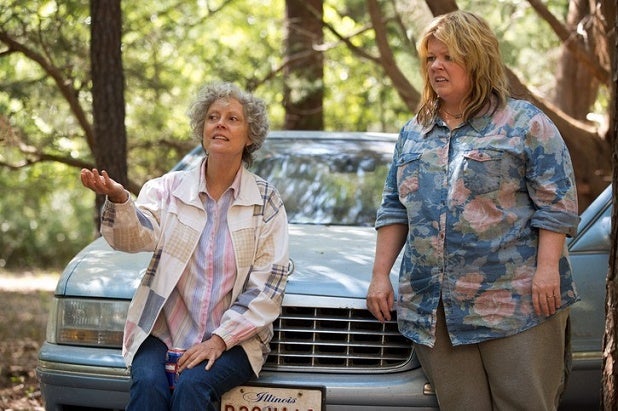 “Tammy,” the raunchy comedy starring Melissa McCarthy, got off to a promising start at the box office with $1.3 million in early shows Tuesday night.

McCarthy co-wrote the road trip comedy, which co-stars Susan Sarandon, with her husband Ben Falcone, who also directs. It will be in more than 3,350 theaters on Wednesday and through the July 4 weekend for distributor Warner Bros.

The Sony Screen Gems horror film “Deliver Us From Evil” and Relativity’s kids movie “Earth to Echo” also roll out, but “Transformers: Age of Extinction” is expected to dominate after its $100 million No. 1 opening last weekend.

“We’re the Millers,” another R-rated comedy from Warner Bros., laughed its way to $1.7 million when it opened in 2,700 theaters on a Tuesday night last summer.

“Tammy” hasn’t gone over well with the critics, but the studio and analysts believe it will take in more than $40 million this weekend. That would double the production budget for the comedy, which co-stars Kathy Bates, Dan Aykroyd, Mark Duplass, Toni Collette and Allison Janney.