“Oh boy,” Abramson told TheWrap when asked about true-crime TV movie. “I have nothing to say. Absolutely nothing. Goodbye.”

Before she hung up, she was asked “Are you going to watch it?” “No,” she said.

Dick Wolf Productions did not immediately respond to a request for comment on whether the movie reached out to Abramson. NBC referred questions to Wolf.

The New York Times described Abramson, who is 4-foot-11, “as the passionate core” of the first murder trial of Erik and Lyle Mendendez in 1993-94.

“Showcased by daily coverage on Court Television, the lurid testimony and Ms. Abramson’s vigorous defense of the younger brother, Erik, have become something of a national pastime,” the newspaper said during the case.

“Admired or detested, Leslie Abramson is a lawyer who is always noticed. She dominates a courtroom, fired with moral indignation, rolling her eyes, tossing her wild yellow hair, shrugging, scribbling, whispering, raising objections,” the paper said.

Falco decided to portray Abramson because she found the attorney “interesting” and “passionate,” Falco explained during an appearance on a Television Critics Association panel in January.

Falco likes the fact that Abramson “was not popular, and that was of less interest to her than it might be to other people. She was really about doing a good job, getting the best defense for her clients. I’m always interested by that. Her job came first; that justice was really what this was about for her. I’m always moved by that and compelled by it.”

The NBC movie is a true-crime depiction of Erik and Lyle Menendez brothers, who admitted to fatally shooting their parents in their two-story Beverly Hills home, but claimed their double killing was in self-defense after years of sexual and emotional abuse.  Prosecutors argued that the brothers killed their parents to gain a vast inheritance.

Abramson scored an unlikely victory when she persuaded some jurors to vote “not guilty” for her client, Erik Menendez, despite his confession he shot his parents to death. That resulted in a hung jury and a mistrial in 1994. A separate jury also failed to reach a verdict for Lyle Menendez.

The brothers were convicted of capital murder in their second trial, but Abramson saved Erik Menendez from the death penalty by persuading the jury to recommend a sentence of life without parole. Lyle Menendez, who was represented by attorney Jill Lansing, also received a life sentence without parole.

Abramson, 73, is no longer an active California attorney, according to the state bar. She was born in Queens, N.Y., and earned her law degree from UCLA. 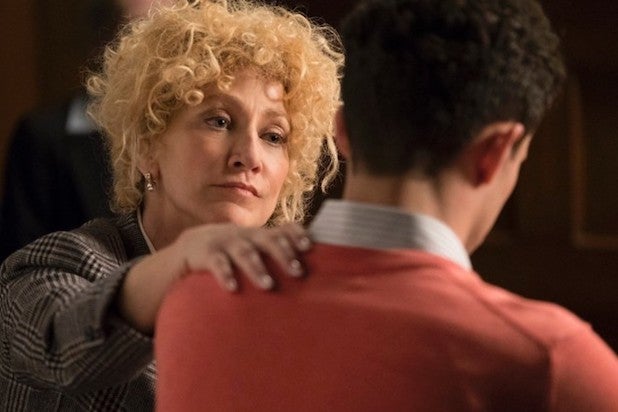