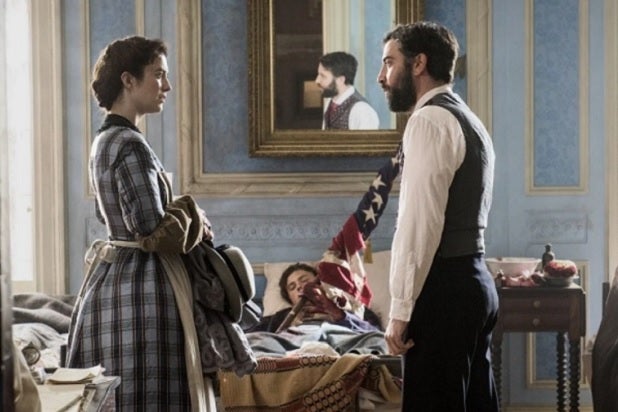 The Ridley Scott-produced series premiere was also available for digital streaming ahead of the broadcast debut. The early release drew 200,000 digital streams from Jan. 14 to 17, making it the number one digital premiere ever for PBS.

The digital premiere included all PBS and station digital platforms such as PBS.org, PBS apps for iOS, Android, FireTV, ROKU, Apple TV, Xbox 360 and Windows 10, as well as through partners including Amazon, iTunes, GooglePlay and Vudu.

“I’m thrilled with Sunday night’s audience numbers across PBS member stations,” said Beth Hoppe, PBS’ chief programming executive and general manager for general audience programming. “‘Mercy Street’ has been a labor of love from the beginning working with an amazing team of executive producers, directors and actors. I look forward to engaging even more fans over the coming weeks as it’s discovered online through PBS station websites.”

PBS stations hosted more than 30 screening events across the country, many to sold out and standing room audiences, further promoting the series to an emerging fan base.

The series follows Mary Phinney (Mary Elizabeth Winstead). She’s an abolitionist-leaning widowed countess who discards a life of pomp to work as a nurse at a Union-Army hospital in Alexandria, Virginia, in 1862. She forms an uneasy relationship with Dr. Jedediah Foster (Josh Radnor).