Merlin Olsen, who transitioned from a Hall of Fame career in the NFL to starring in TV series including "Father Murphy," died of cancer Thursday at a Southern California hospital. He was 69.

Olsen was diagnosed with mesothelioma last year and had undergone several rounds of chemotherapy. 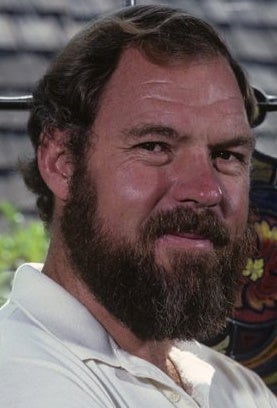 "He cared deeply about people, especially those that shared the game of football with him," Goodell said. "Merlin was a larger-than-life person, literally and figuratively, and leaves an enormously positive legacy."

After retiring from the NFL in 1976, Olsen joined sportscaster Dick Enberg in the broadcast booth, doing color commentary for NBC college and NFL games during the ’80s.

Olsen joined the cast of "Little House on the Prairie" in 1977, playing Michael Landon’s friend Jonathan Garvey in the long-running family series. He replaced Victor French in the NBC show.

After four years on "Little House," Olsen shifted to the lead role in the Landon-created "Father Murphy," which ran just two years. (Landon died of pancreatic cancer in 1991.)

Olsen starred in series "Fathers and Sons" and "Aaron’s Way" in the 1980s. He also co-hosted telethons for the Children’s Miracle Network and served as the commercial spokesman for FTD florists for a number of years.

In January, Olsen and his wife, Susan, filed a lawsuit against various paint and manufacturing companies, as well as NBC Studios, NBC Universal and 20th Century Fox, alleging they had exposed him to asbestos both as a youth and as an adult. (Asbestos exposure is the primary cause of mesothelioma.) That suit was pending at the time of his death.

In addition to his wife and children Nathan, Jill and Kelly, Olsen is survived by his brothers, Phil, Orrin and Clark; sisters Colleen, Lorraine, Gwen, Winona and Ramona; and several grandchildren.