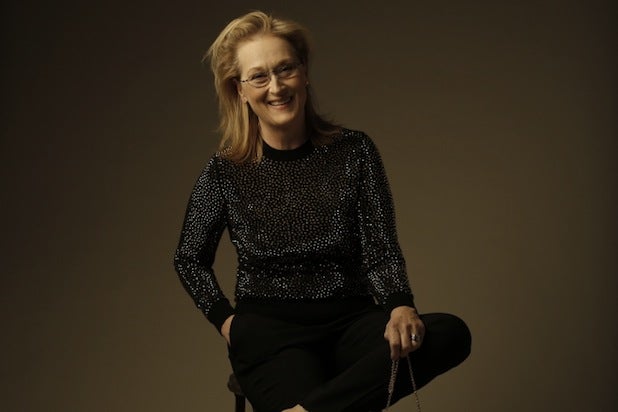 Oscar winner Meryl Streep has signed on to narrate the feature documentary “Shout Gladi Gladi,” which concerns women’s health in Africa with an emphasis on fistula. The common condition often occurs after unattended childbirth in underdeveloped countries, and the once-healthy women who develop it are rendered incontinent and often turned into outcasts in their villages and families.

Adam Friedman and Iain Kennedy are co-directing the film, which is being made in collaboration with The Freedom From Fistula Foundation, an organization run by Scottish businesswoman, philanthropist and activist Ann Gloag.

Friedman and Kennedy document Gloag’s experiences working with some of the world’s most vulnerable women in poverty-stricken villages in Kenya, Malawi and Sierra Leone. She and her foundation work to eradicate fistula by improving access to good maternity care, as well as training doctors and midwives and providing free medical care at their facilities. In addition to providing health services, the foundation is focused on empowering women economically and socially.

Friedman will produce the documentary through his company, Vertical Ascent, while Gloag will executive produce.

The Freedom From Fistula Foundation has also partnered with Opportunity Bank in Malawi to provide newly cured women a BBOXX, a small generator powered by a solar panel which allows the women to earn a fee for charging cell-phones (up to five at a time). This creates a business opportunity for the women who are often rejected by the men in their village, allowing them to become masters of their own destiny.

The filmmakers describe “Shout Gladi Gladi” as a story about hope for a unique group of women and the extraordinary people who are helping them have a brighter future.

“Filming ‘Shout’ was an extraordinary experience,” said Adam Friedman. “My wife and I were stopped at gunpoint in Malawi and were one of the last film crews shooting in Sierra Leone as the Ebola plague descended. But throughout, the wonderful people of Africa and the amazing work that Ann’s groups were doing inspired us to keep on keeping on.”

Added Streep, who next stars in Jonathan Demme‘s “Ricki and the Flash: “This powerful film attests to the igniting power of one woman, Ann Gloag, to set in motion hundreds of helping hands, doctors , nurses, caregivers, family and friends, to resuscitate the health and status of victims of fistula, and to give them back their lives.”