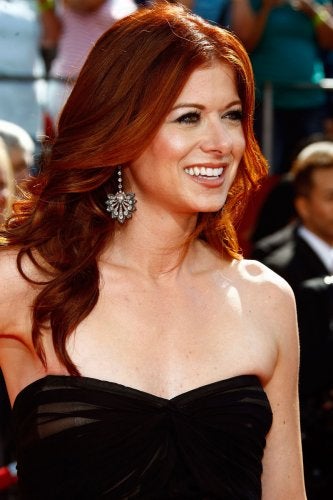 Debra Messing and her familiar red mane are returning to television screens.

The Emmy Award winning actress will take the role of a conservative pundit in ABC’s new sitcom pilot, "Wright vs. Wrong," according to the Hollywood Reporter.

The series marks Messing’s first trip back to network television after wrapping up her hit NBC comedy "Will & Grace" in 2006, though she did have a recent stint starring on USA’s miniseries and series "The Starter Wife."

Though not exactly the "Seinfeld Curse," the cast of "Will & Grace" has had trouble repeating the success of the eight-year sitcom. Eric McCormick’s TNT show "Trust Me" was canceled last year because of low-ratings and Megan Mullally’s attempts to get into the talk-show game were similarly ill-fated.

Messing will do more than star in the upcoming project, she’ll also executive produce. "Mad-TV" actress-writer Stephnie Weir is writing the script.