Kate Bush isn’t the only music artist to have a song from the 1980s make the charts in 2022 due to its inclusion in the fourth season of “Stranger Things.”

Metallica’s “Master of Puppets,” the 8-minute, 38-second heavy-metal single from the 1986 album of the same name, is also charting across the globe.

The song, which has a pivotal connection to a scene involving Eddie in the Season 4 finale, is currently the No. 1 track on the iTunes Rock Chart. The guitar-heavy headbanger is at No. 29 on the iTunes chart for all music, holding its own alongside more modern hits like “About Damn Time” from Lizzo. 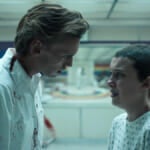 Over on Spotify, British chanteuse Bush still has the No. 1 song on the USA Top 50 — “Running Up That Hill (A Deal With God)” — for the song that helped save Max, but Metallica is now at No. 12.

According to Nora Felder, the show’s music supervisor, showrunners Matt and Ross Duffer wrote the scene with the song in mind.

“It was another one of those ‘it has to be this song,’ moments,” Felder told Variety. “This part of the story was anticipated to be a pivotal and especially hair-raising scene in which Eddie heroically stood tall for the fight of his life. I believe the Duffer Brothers felt that playing ‘Master of Puppets’ throughout the extended scene was the clear choice. No other song was discussed further, and we jumped in to clear it straight away.” 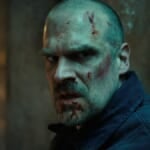