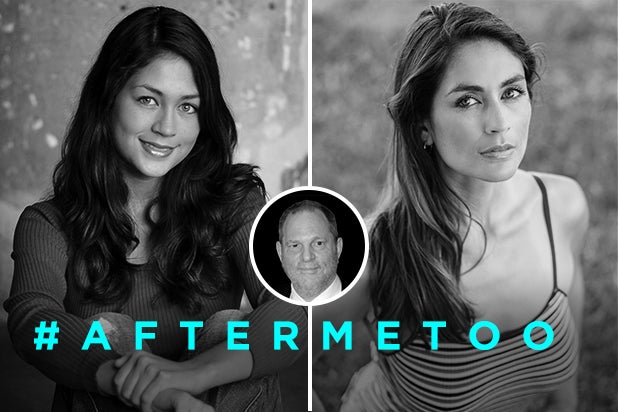 Actress Dominique Huett — who has said Harvey Weinstein sexually assaulting her in 2010 and who sued the Weinstein Company over what she called its complicity in his abuse — said “little has changed” in the 10 months since she came forward.

“I was hoping that coming forward would help women in Hollywood,” Huett told TheWrap. “I was hoping things would change, but it doesn’t seem all that different.”

Huett said Weinstein lured her to his room at the Peninsula Hotel in 2010 with the promise of a business discussion. It was there, she said, that the movie mogul gave her champagne, quickly changed into a bathrobe and demanded a massage.

She said she refused at first, but Weinstein was persistent. After giving him what she described as a “half-hearted” massage, Weinstein took off her pants and forcibly performed oral sex on her while she froze. (Weinstein has denied all accusations of non-consensual sex).

“I wasn’t familiar with what consent was at the time,” Huett said. “I was really young.”

Huett did not report the incident at the time. But last October, she sued The Weinstein Company for negligence, arguing that it knew about Weinstein’s sexual abuse for years and did nothing to stop it. (The lawsuit is still ongoing.) She said she has no proof, but her “gut instinct” tells her that Weinstein sullied her reputation in Hollywood following the encounter.

“I’m upset about all the years I lost,” Huett said. “For years I pursued my career not realizing I was blacklisted and now even after people know my story I’m still not getting any opportunities.”

These days, Huett said she’s focusing on women’s advocacy, working with other women to fight for equal rights in the workforce. “I don’t think enough has been done to rectify what the victims have gone through,” she said. “I go through a cycle of being hopeful to being frustrated to being angry to being hopeful again.”

How so?
I had no support system when I came forward. My friends were shocked. They didn’t even reach out to me. Close friends, from the age of 18. I had lost so many years of not being able to tell them what happened. People didn’t understand.

When I first came forward, it was new territory. So I didn’t always get the most positive reactions. I see people blaming the women. I’m human and so there were exceptionally difficult days. It’s hard in general to stand up for something that is new. You’re looked at differently. You’re not going to be the same once you reveal the problems in the industry. People aren’t going to understand. Coming forward is an extension of what I went through.

Do you think you lost any opportunities since coming forward?
My career definitely came to a halt after the incident. When I came forward I really felt like it took some time for people to digest what I went through. My career was hindered for so long. Anyone who thinks this is a way to jump-start your career is sadly mistaken.

Anything you’d have done differently knowing what you know today?
I may have prepared my family a bit more. I didn’t prepare them at all.