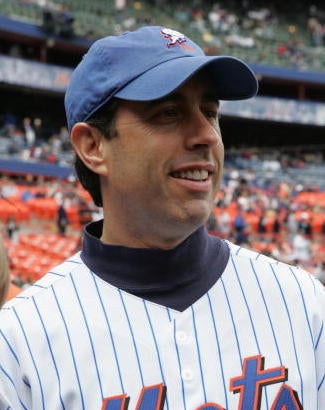 Jerry Seinfeld wore his Mets fandom on his sleeve during the long run of his eponymous sitcom, and now, one of the team’s minor league affiliates is returning the favor. Quite literally, in fact.

The Brooklyn Cyclones, the Mets’ short season single A team based in Coney Island, will celebrate the 25th anniversary of the original airing of the “Seinfeld” pilot with a night filled with festivities about nothing, so to speak. On July 5, the team is transforming MCU Park into an arena of references to the classic sitcom, starting with renaming the ballpark itself Vandelay Industries Park for one night only. The foul poles in right and left field will be renamed the Festivus Poles, too.

Before the game, the Cyclones players — mostly guys in their very early 20’s — will wear puffy shirts, just like the one Jerry wore on the “Today Show” during a classic 1993 episode.

The first 2,500 fans to show up to the game will get a Keith Hernandez bobblehead doll — the former Mets first baseman-turned-broadcaster famously appeared in a 1992 episode of the show — and for those that don’t receive one of the coveted souvenirs, they can air their grievances at a specially designated table on the concourse. Any real latex salesman gets in free, to boot.

Mailmen (in honor of Newman, of course) will throw out the ceremonial first pitches, while there will be plenty of contests for glory, too, including a cereal eating competition, an Elaine dance-off, and a big game of Risk held on the concourse (the Ukraine is, indeed, weak).

Seinfeld, a long-time Mets fan, often called in to discuss the team with late night radio host Steve Somers, and made a guest appearance in the team’s SNY television booth last year. Here’s a list of Mets references in “Seinfeld” over its run.