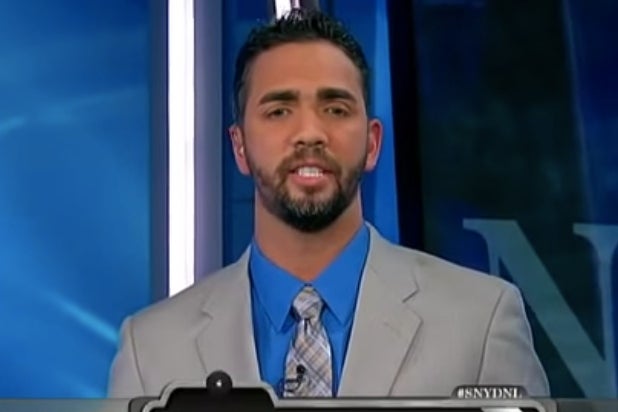 Figueroa was fired Friday morning, according to the Post. The paper cites unnamed sources who say Figueroa arrived to work Thursday in a “state not fit to work,” and demanded to still appear on “Baseball Night in New York,” SNY’s evening program, but was not allowed.

The former Mets pitcher’s started as a Mets analyst in 2015, replacing Bobby Ojeda; prior to this season Figueroa was demoted to the No. 2 analyst when Todd Zeile took the No. 1 spot on Mets pregame and postgame shows. Figueroa continued to appear on the program, but the bulk of his work was on SNY’s supporting programs like “SportsNite,” the Post reported.

Figueroa played Major League Baseball for nine years on teams including the Arizona Diamond Backs, Philadelphia Phillies, Milwaukee Brewers, Pittsburgh Pirates, and Houston Astros. He was a pitcher for The Mets for two years.