Los Angeles Lakers star Metta World Peace says his sleep was anything but peaceful when he stayed at a reputedly haunted hotel. He said ghosts got overly touchy.

“The ghosts were all over me. I just accepted it,” World Peace said, according to the Orange County Register. “They touched me. I’m taking one of the ghosts to court for touching me in the wrong places.”

The reason for the spooky and strange disclosure? The Lakers played the Oklahoma City Thunder on Sunday night, and players and coaches were booked at the Skirvin Hilton Hotel. This being Halloween, the Register asked them for their scary Skirvin stories.

The former Ron Artest was too engrossed in a movie — “Money Monster” — to leave the hotel.

“I was watching a good movie and I was tired,” he said. “I didn’t want to move.”

He had a decidedly lighthearted take on the haunting, but teammate Nick Young seemed to be genuinely disturbed by it.

“I couldn’t see my son because I was breaking out in hives,” Young told the Register. “It was terrible. Now I’m paranoid.” 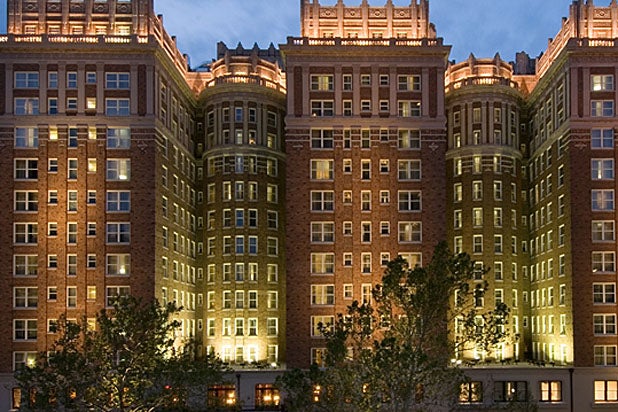 The hotel was built in 1911 by oil baron William Balser “Bill” Skirvin, and according to local lore, he had an affair with a maid named Effie and got her pregnant. To avoid a public scandal, he locked her in an upstairs room — where she succumbed to depression and jumped out of a window.

Or so the tale goes.

Guests over the years have claimed to have seen a naked woman wandering the hallways and to have had objects in their rooms moved.