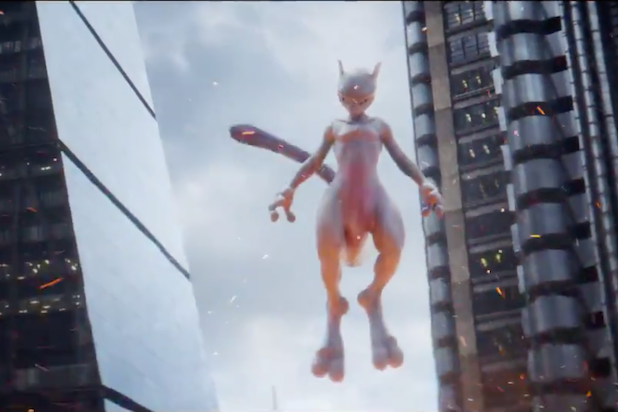 The full scope of the Pokemon world is finally taking shape in “Pokemon: Detective Pikachu,” with the all-powerful Poke-baddie Mewtwo showing up in the film’s latest trailer.

Ryan Reynolds shared a new look at the live action film from Warner Bros. and Legendary Entertainment, and this time, it’s not just that Reynolds is voicing a talking Pikachu, but that this world is full of just about every popular Pokemon character, including Ludicolo, Snorlax, Machamp, a herd of Bulbasaur, Lickitung, an elegant looking Eevee…we gotta spot ‘em all!

In the film, Reynolds’s Pikachu is attempting to track down his previous trainer, Harry, with his hat as the only clue to go on. He enlists the help of a teenage boy (Justice Smith) as they get in deep into the Pokemon underworld.

“Ok, here it is: Harry faked his own death. Or! Someone else faked Harry’s death. Or, Harry faked someone else’s death,” Reynolds says. “That last one, doesn’t work at all.”

There’s also a glimpse at the Pokemon battles that go on in director Rob Letterman’s imagination of the world, with Pikachu even taking on a menacing looking Charizard.

Watch the trailer via @vancityreynolds below:

He’ll follow those clues no matter where they… oh look, something shiny. #DetectivePikachu pic.twitter.com/hz2pP2s9C3