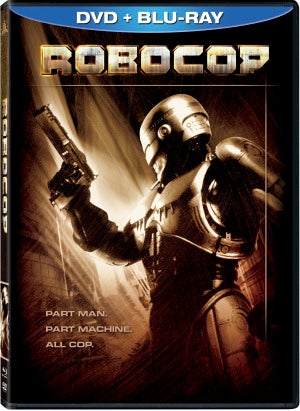 The company announced 16 films that will soon get the treatment, a list that includes “RoboCop,” “Rocky,” Hoosiers,” “The Terminator,” “Bulletproof Monk,” “A Bridge Too Far,” “The Graduate,” “Hart’s War,” “Hoosiers,” “Igor,” “The Last Waltz,” “Walking Tall,” “Out of Time,” “Road House,” “Rollerball,” “The Usual Suspects” and “Windtalkers.”

However, the packaging strategy enables MGM to capture a market segment that hasn’t yet bought into the newer Blu-ray format.

“Having the Blu-ray disc packaged with the DVD available in the DVD section exposes Blu-ray to a vast audience that will likely purchase a Blu-ray player in the future,” said Eric Doctorow, general manager, MGM Worldwide at Fox.