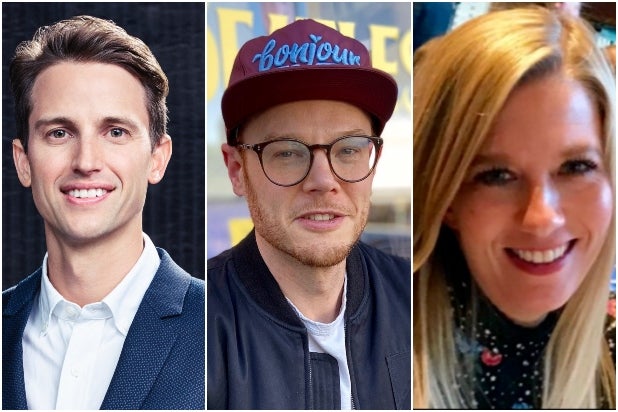 Paramount Network’s Bradley Gardner has been named senior vice president of Orion Television, where he will be the head of scripted programming, the studio announced on Friday.

As part of the move, the label is strengthening its development team with other executive hires, including Christopher Goble and Jina Jones. While Gardner’s focus will be on comedy and drama series, Goble has been named vice president of Orion Television and will focus on the horror and sci-fi genres. Jones has been named head of studio development for MGM’s partnership with Brat TV, where she will develop scripted content for young adult audiences.

The new hires will report to Barry Poznick, president of MGM’s unscripted and alternative television and Orion Television.

“We are hitting the ground running, bringing audiences the buzz-worthy, pop-culture content they love to binge… on budgets that the buyers can enjoy,” Poznick said. “Bradley, Christopher and Jina have great instincts, impressive track records, and are trusted partners in the creative community. We are lucky to have them join our team as we usher in the new era of Orion Television.”

Gardner was previously senior vice president of development and original programming at Paramount Network and TV Land. There, he oversaw the breakout hit “Younger,” along with “Heathers,” “Paradise Lost” and “Yellowstone.” He joined TV Land in 2011, where he produced the network’s hit first original series, “Hot in Cleveland.” Before that, he was a development executive and producer for Sean Hayes and Todd Milliner’s production company, Hazy Mills.

Goble’s most recent title was senior vice president of television at Automatik Entertainment, where he oversaw Freeform’s “Beyond” and was an executive on Netflix’s “Jigsaw,” Amazon’s “Red Earth,” Showtime’s “Revenger,” and Hulu’s “On a Sunbeam.”

Jones came from Awesomeness, where she was vice president of scripted projects, both current and in development. She was also an executive producer on “Zac & Mia,” “T@GGED,” “Love Daily” and “The Commute.” In her new role, she will work under Poznick and Rob Fishman, co-founder of Brat TV.