MGM+, which was previously named Epix, has picked up limited thriller series “A Spy Among Friends.” The new series is based on the New York Times best-selling novel written by Ben Macintyre. It’s set to premiere in 2023.

The six-episode crime drama will reimagine the real-life story of two British spies — Nicholas Elliott and Kim Philby — who are also longtime fiends. “[Philby] became the most notorious British defector and Soviet double agent in history. Philby’s deeply personal betrayal, uncovered at the height of the Cold War, resulted in the gutting of British and American intelligence,” reads a description for the series. 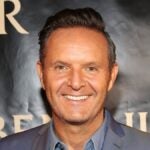 The series, which was created by British writer Alexander Cary, will be ITV Studios in partnership with Sony Pictures Television. Cary also serves as an executive producer Patrick Spence (Adult Material, Litvinenko) and Nick Murphy (Save Me, A Christmas Carol), and BAFTA Award nominee Chrissy Skinns (Elizabeth Is Missing, The Last Kingdom). Bob Bookman, Alan Gasmer and Peter Jaysen are also named executive producers for the series. Murphy has signed on as director.

“Alex Cary has brilliantly adapted Ben Macintyre’s historical novel about friendship, loyalty, and betrayal. He, along with Nick Murphy, Damian Lewis, and the remarkable cast led by Lewis and Guy Pearce, have brought to life this riveting tale of two British spies whose deep personal bond and long friendship is challenged by duplicity and deception,” said Michael Wright, head of MGM+, in a press release for the series. “This series is emblematic of our new MGM+ brand and the rich, cinematic, and character-driven stories we aim to tell.” 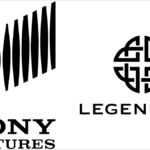