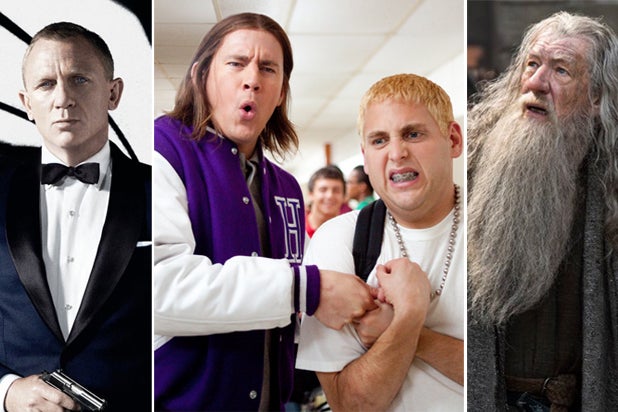 MGM Holdings Inc., the parent company of MGM, on Thursday reported revenue of $1.44 billion, adjusted earnings of $363 million and net income of $156 million for the calendar year ending Dec. 31, 2014.

“MGM delivered outstanding results for 2014,” said MGM Chairman and Chief Executive Officer Gary Barber. “The continued strength and performance of our new content as well as that of our library assets, across all platforms, further supported by strategic acquisitions and partnerships have helped MGM earn its highest annual profits in its modern history for the second consecutive year.”

The company’s adjusted earnings were up $34 million, or 10 percent, over the $329 million for the prior year.

The driving forces were from “an increased number of new films across all distribution windows” including from 2012’s James Bond movie  “Skyfall” and “21 Jump Street,” both of which it co-produced with Sony’s Columbia Pictures, as well as “The Hobbit” trilogy it produced in conjunction with New Line Cinema.

The company also increased profitability from its joint ventures, including higher net income from its EPIX pay television venture and the addition of United Artists Media Group, which expects to have an impressive 13 television programs on-air during 2015.

MGM posted its fourth quarter results as well, which showed adjusted earnings of $114 million and net income of $42 million, up $29 million from the comparable period a year earlier.