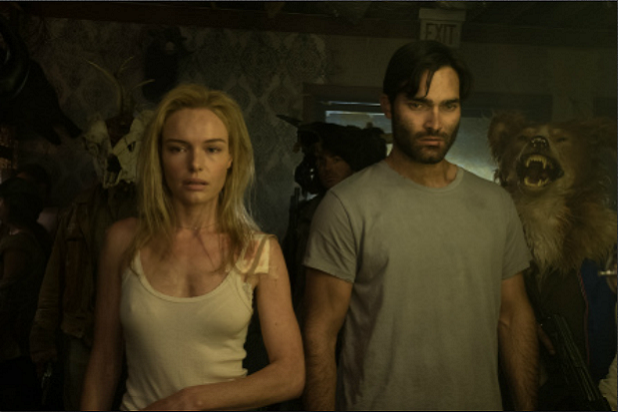 One year after resurrecting Orion Films, MGM is bringing back its specialty offshoot, Orion Classics, with their first release set to be the Kate Bosworth thriller “The Domestics.”

Written and directed by Mike P. Nelson, “The Domestics” stars Bosworth and Tyler Hoechlin (“Supergirl”) as Nina and Mark, a couple struggling to survive in a post-apocalyptic world ruled by warring gangs. The film will be released in theaters on June 28 with a VOD and digital release the following day, MGM announced Monday.

Orion Classics was launched in 1983 as a distributor of foreign and indie fare. It released several films from major names in cinema including Pedro Almodovar’s “Women on the Verge of a Nervous Breakdown” and Richard Linklater’s “Slacker.” The label’s run came to an end in 1996 when Metromedia acquired Orion and merged it with The Samuel Goldwyn Company. The merged unit, in turn, was acquired by MGM a year later.

Sam Wollman, MGM’s SVP of Acquisitions, will run day-to-day operations for the label and will work in conjunction with MGM President of Worldwide Television & Acquisitions Chris Ottinger and Orion President John Hegeman.

“Orion Classics has a long and storied history of releasing some of the most unique and memorable specialized movies of its time,” said Ottinger and Hegeman in a joint statement. “It’s our goal to relaunch Orion Classics with that same spirit in mind, and continue to have an eye on acquisitions across all platforms that entertain specialty audiences across the globe.”

The revamped Orion released its first film, “Every Day,” back in February, and has been ramping up its new plans in recent weeks. Two weeks ago, the label announced that it will distribute the long-gestating third installment of the “Bill & Ted” franchise, which was one of Orion’s biggest hits back in its heyday. The threequel, called “Bill & Ted Face the Music,” will see Alex Winter and Keanu Reeves return to play the titular slacker duo 27 years later, with series creators Chris Matheson and Ed Solomon returning to write the screenplay.