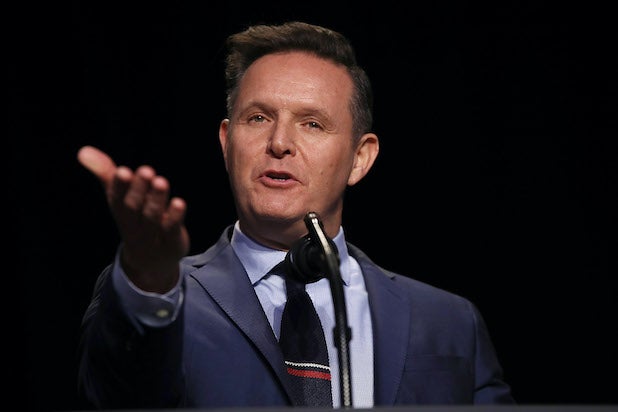 MGM Television has set its first-ever co-production deal in China, partnering with China Star Omnimedia to co-produce and co-develop local-language, alternative programming for the Chinese market, the companies announced on Wednesday.

Under the deal, China Star Omnimedia will distribute the co-produced formats in China, with MGM handling distribution for the rest of the world.

China Star Omnimedia and its affiliates have produced local versions of “The Voice,” “King of Masked Singer,” “So You Think You Can Dance” and “Dancing with the Stars.” Their original formats include “Sing My Song” and “Street Dance of China,” in which contestants/teams compete in the street dance competition. “Street Dance of China” is broadcasted on Youku and has garnered over 500 million views in its second season.

Here are some of MGM Television’s alternative series: “The Voice” on NBC, “Survivor” on CBS, “Shark Tank” on ABC, “Beat Shazam” on Fox, “Real Housewives of Orange County” and “Real Housewives of Beverly Hills” on Bravo, “Live PD” on A&E, “Are You Smarter Than a 5th Grader?” with host John Cena on Nickelodeon, as well as syndicated programs “Lauren Lake’s Paternity Court,” “Couples Court with the Cutlers” and “Personal Injury Court.”

“The influence that China Star Omnimedia has on pop culture is second to none and underscores the immense opportunity that lies ahead with this exciting new partnership,” said MGM Worldwide Television Group chairman Mark Burnett. “The country’s incredibly rich culture provides a huge trove of possibilities in the alternative programming space, and we look forward to working with our colleagues in China to entertain new generations of audiences around the world.”

“MGM’s deep experience in creative storytelling and unparalleled expertise in producing global formats will help us expand and accelerate our capabilities in the alternative content space,” Roye Meng, executive director of China Star Omnimedia, said . “We look forward to building off of the extensive MGM catalog and developing new content together to create universally resonant shows for audiences not just in China, but around the world.”