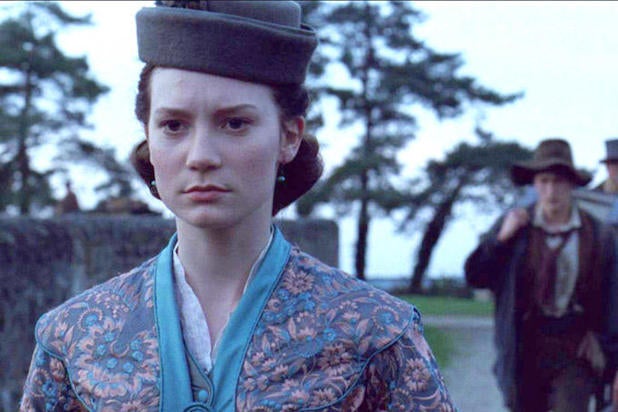 The movie made its world debut in Telluride and will screen at the Toronto International Film Festival on Wednesday, Sept. 10.

Henry Lloyd-Hughes (“Anna Karenina”) and Laura Carmichael (“Downtown Abbey”) co-star in the film, which Felipe Marino adapted from Gustave Flaubert’s classic novel of the same name along with Barthes.

In “Madame Bovary,” Emma (Wasikowska) has always dreamt of a finer life than the one she has on her father’s pig farm, and marrying Mr. Charles Bovary would make this possible. However, her new life fails to engage her, nor realize her dreams. Feeling trapped, Emma seeks solace with other men including a passionate kindred spirit named Leon and a wealthy nobleman, the Marquis. A series of affairs and the temptation of living above her means lead Emma down a path that leaves her immersed in debt and turned into a desperate, needy and emotionally impulsive being. Confronted with her many mistakes, her guilt consumes her, eventually leading to her demise.

WME Global handled the U.S. sale of the film while Mimi Steinbauer of Radiant Films International is handling foreign sales. Bill Lee negotiated the deal on behalf of Millennium Entertainment, which will undergo a name change in the coming months.