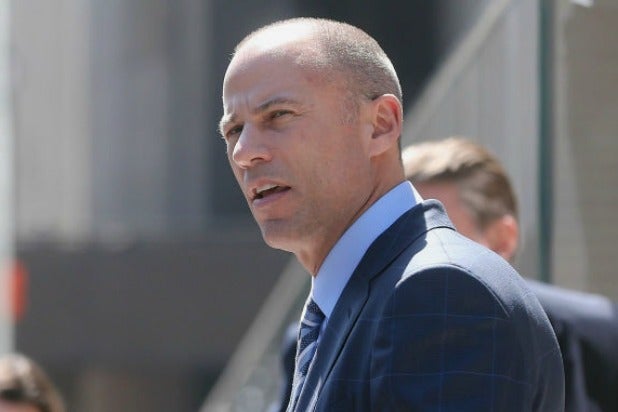 Michael Avenatti was accused by a former partner of hiding millions of dollars from the court that oversaw the bankruptcy of his former law firm, Eagen Avenatti, according to the Los Angeles Times.

According to papers obtained by the LA Times, Jason Frank said via his court papers that Avenatti failed to disclose millions of dollars from its creditors using bank maneuvers while the firm was under federal bankruptcy protection. The papers say that Avenatti did not disclose that he opened six bank accounts that received millions of dollars in legal fees during the bankruptcy.

According to court papers obtained by TheWrap, Frank filed the motion containing the accusations on Tuesday, and subsequently withdrew the motion, after Avenatti “stipulated and agreed to all of the relief requested in the motion.”

Avenatti denied that anything was hidden or was “improper” and referred to Frank’s motion as “nonsense.”

“This whole thing is a big nothing burger,” Avenatti told TheWrap.”Jason Frank’s motion is nonsense, which is why it was withdrawn. There has [sic] never been any misdeeds or fraud – any claim to the contrary is politically motivated, completely bogus and driven by Jason’s own personal demons and vendetta. At all times, I was permitted to take fees from the cases in which I served as counsel and as the Bankruptcy Court long ago ordered, not all of the fees from all of the cases were even due Eagan Avenatti, LLP. Nothing was hidden and there was nothing improper.”

Frank also claims that Avenatti used some of the money he received in legal fees for personal compensation, including payments on his Century City apartment, his car and other companies, according to the LA Times.

“This includes brazen acts of bankruptcy fraud,” Frank’s attorney, Scott H. Sims, said in court papers, according to the Times.

Last May, Eagen Avenatti was ordered by a U.S. bankruptcy court judge to pay $10 million to Frank.

According to the Times, Avenatti agreed on Wednesday to relinquish financial control of Eagen Avenatti and promised to cooperate with the efforts by Frank to collect on the judgment awarded to him.