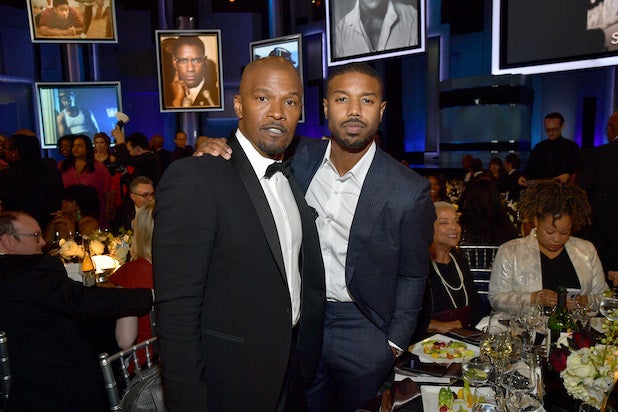 The 2019 Toronto International Film Festival has concluded its programming slate with the announcement of a conversation with Michael B. Jordan and Jamie Foxx, a special performance by the Lumineers, an Agnes Varda tribute and appearances by Javier Bardem, Antonio Banderas, Allison Janney and Kerry Washington.

The In Conversations With … program will include Jordan and Foxx, who will be at Toronto for the Destin Daniel Cretton drama “Just Mercy”; Banderas, with “Pain and Glory” and “The Laundromat”; Janney, with “Bad Education”; and Washington, with “American Son.”

The festival’s Special Events lineup will include five programs, including a previously announced tribute to David Foster. The others will be “III,” a “visual companion” to the Lumineers upcoming album of the same name, followed by a performance by the band; “One Day in the Life of Noah Piugattuk,” a screening of a new work by Canadian filmmaker Zacharias Kunuk followed by a Q&A with the director; “Agnes by Varda,” a screening of the final work by groundbreaking director Agnes Varda followed by a panel with female filmmakers inspired by her work; and “Sanctuary” with Javier Bardem, a film about the campaign to preserve the Antarctic Ocean followed by a conversation with producer Javier Bardem and director Alvaro Longoria.

Also Read: Mister Rogers, the Joker and Judy Garland Are All Headed to Toronto Film Festival

TIFF also announced that “Atlantics” director Mati Diop will be the inaugural recipient of the Mary Pickford Award at the festival’s first-ever TIFF Tribute Gala, a fundraising event that will take place on Monday, September 9. Diop was the first black female director ever admitted into the main competition at the Cannes Film Festival, where her film won the Grand Prize, the second-place award.

The Mary Pickford Award is designed to salute an emerging female talent and is being launched in conjunction with the 100th anniversary of United Artists, which Toronto native Pickford co-founded.

The full program can be found at tiff.net.