Michael B. Jordan says “Creed II” director Steven Caple Jr. fit right in with the cast and crew. But that may be because they dressed like him.

Jordan shared a series of photos of Caple Jr., himself and co-star Tessa Thompson on Instagram — including one photo in which Jordan and Thompson dressed up like Caple Jr. for his birthday.

“Steven came into a somewhat already established family and fit RIGHT in. Its been an insane blessing to work with such young black film-makers so early in my career,” Jordan wrote.

“P.S. pic 3 is me & [Tessa Thompson] dressed as Steven for his bday during filming. We had the entire cast and crew come bearded and afro’d up,” Jordan wrote. 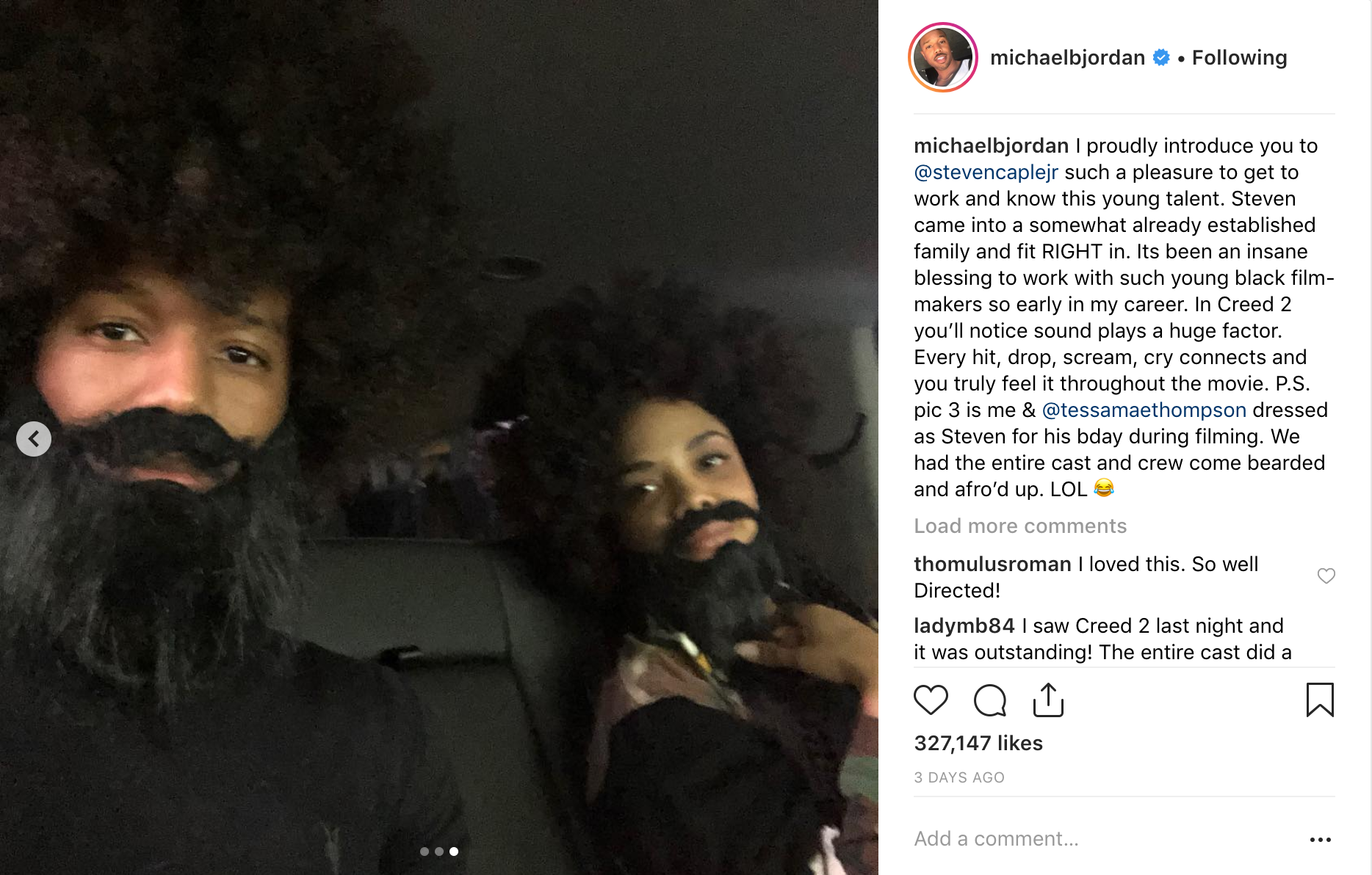 Caple turned 30 during the making of the film.

“Creed II” has grossed $19 million after two days in theaters and is expected to pull in an estimated $60 million during its opening weekend. That would be a 43 percent jump over the $42 million five-day start for the first “Creed” in 2015, directed by Ryan Coogler.