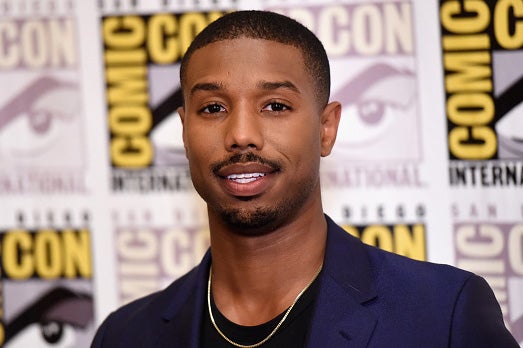 Michael B. Jordan is set to star in a potential franchise launch for Lionsgate with the hitman film “The Silver Bear.”

The “Black Panther” and “Creed II” star will also serve as producer for the film, which is an adaptation of the popular book series by Derek Haas (“Wanted,” “3:10 to Yuma”). Nickel City Pictures is the production company behind the film.

“The Silver Bear” tells the story of Columbus (Jordan) who becomes the most feared and respected hitman in the criminal underworld.

“‘The Silver Bear’ is the kind of story that needs to be experienced on the big screen and Michael is the perfect movie star to inhabit the skin of this dynamic character and take us into the cinematic world of Columbus,” Lionsgate Motion Picture Group chairman Joe Drake said in a statement. “We’re incredibly honored that Michael and Nickel City chose Lionsgate to partner with in bringing this exciting property to life.”

Jordan has also been in talks recently with Paramount to play the Tom Clancy character John Clark for an upcoming film series.

“We could not be more excited to work with Michael and Lionsgate. We have been huge fans of Michael all the way back to his days in The Wire, and from our first meeting we knew that he was the perfect fit for the role of Columbus,” said Rungta.