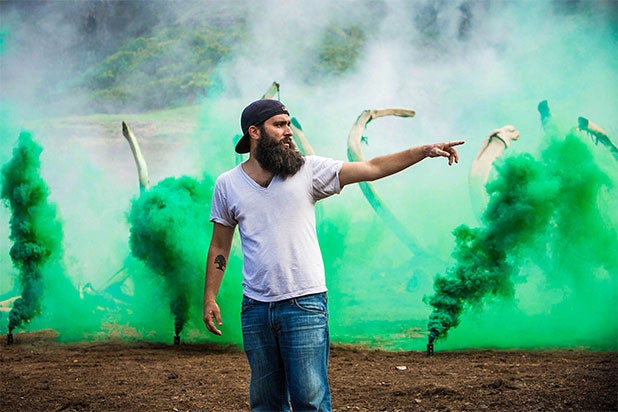 Michael B. Jordan’s Outlier Society is teaming up with New Regency to produce an original creature feature from Jordan Vogt-Roberts.

Vogt-Roberts will also produce alongside Jordan and Outlier’s Alana Mayo, as well as New Regency. The film will be based in Vogt-Roberts’ hometown of Detroit. — after all, the filmmaker has been vocal about bringing back production to Michigan after the State film incentives ended in 2015. He also co-founded the Detroit non-profit The Detroit Creativity Project, which uses improv training to change how people see their potential in life.

Plot details are being kept under wraps, but the team is currently searching for a writer.

Vogt-Roberts most recently directed “Kong: Skull Island” which grossed over $656 million at the global box office. His feature film debut, “The Kings of Summer,” premiered at the 2013 Sundance Film Festival. On the TV side, he directed the pilot for the FX show “You’re The Worst,” and he is currently attached to the video game adaption of “Metal Gear Solid” for Sony Pictures.

Outlier Society was founded by Jordan in 2016 and was one of the companies to first adopt the inclusion rider. Its productions include “Fahrenheit 451.” Earlier this year, Outlier Society inked a first-look production TV deal with Amazon Studios, and their upcoming projects include “Black Leopard,” “Red Wolf,” “The Liberators” and the OWN drama series “David Makes Man,” among others.