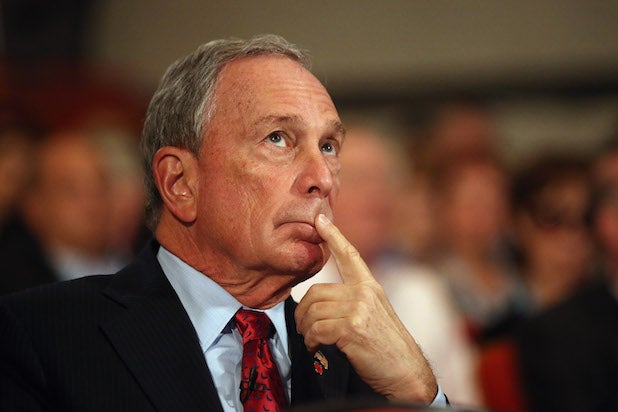 Billionaire and former New York City mayor Michael Bloomberg penned an op-ed in the New York Times in which he declares progress on climate change will be made “with or without Trump.”

The phrase “with or without Trump” quickly started to trend on social media when the op-ed was published on Friday morning. Bloomberg is the co-author, with Carl Pope, of the upcoming book “Climate of Hope,” so this is clearly a topic he’s passionate about.

Bloomberg writes: “Trump’s unfortunate and misguided rollback of environmental protections has led to a depressing and widespread belief that the United States can no longer meet its commitment under the Paris climate change agreement. But here’s the good news: It’s wrong.”

Bloomberg states that he is “confident” the U.S. can meet the commitment it made in Paris in 2015 to reduce greenhouse gas emissions that are warming the planet, despite any “roadblocks the White House and Congress throw up.”

“Those who believe that the Trump administration will end American leadership on climate change are making the same mistake as those who believe that it will put coal miners back to work: overestimating Washington’s ability to influence energy markets, and underestimating the role that cities, states, businesses and consumers are playing in driving down emissions on their own,” Bloomberg writes.

Trump’s recent executive order to begin rolling back the Clean Power Plan won’t impact the situation, according to the former mayor of New York.

“There is virtually nothing the Trump administration can do to stop advanced technology and consumer preferences from driving down coal’s market share still further,” he writes. “In fact, even if the Clean Power Plan disappears entirely, we would still be in a position to meet our Paris commitment, which is to reduce greenhouse gas emissions 26 percent below 2005 levels by 2025.”

The op-ed concludes: “I wish President Trump and his administration would recognize the health, economic and environmental benefits of tackling climate change. But their failure to do so is no reason to be despondent. Thanks to forces beyond the Washington Beltway that have reached a critical mass, we should be more optimistic than ever about our ability to lead — and win — the fight against climate change.”