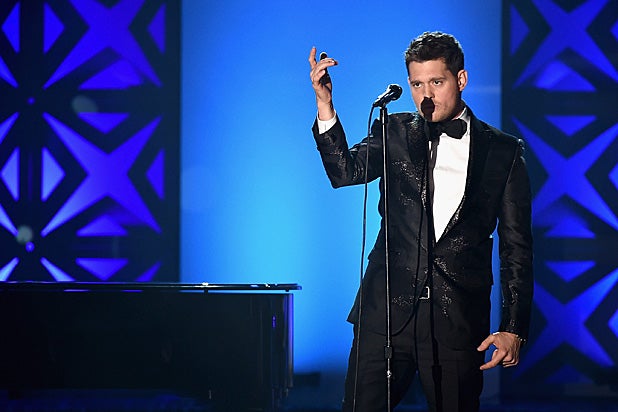 Michael Buble has been forced to cancel a number of upcoming performances due to a health scare.

“I am bowing out of some upcoming events due to pending vocal surgery, which will require a period of time for me to rest and recover,” the Canadian singer wrote in a Twitter message to fans on Wednesday.

“No talking or singing for awhile, but my doctors expect a complete recovery,” he added.

The “Haven’t Met You Yet” singer had been set to perform at a Marvin Gaye Tribute at the Kennedy Center in New York City on June 5, and was also scheduled to be honored at the Canadian Governor General Performance Arts Award Gala on June 11.

Sam Smith, Adele and Meghan Trainor have all had surgery for damaged vocal chords in recent years.

Some users even went so far as to helpfully Photoshop Bublé in hilarious — and sometimes obscene — scenarios.

A message from Michael: pic.twitter.com/DRTrAVoBgU