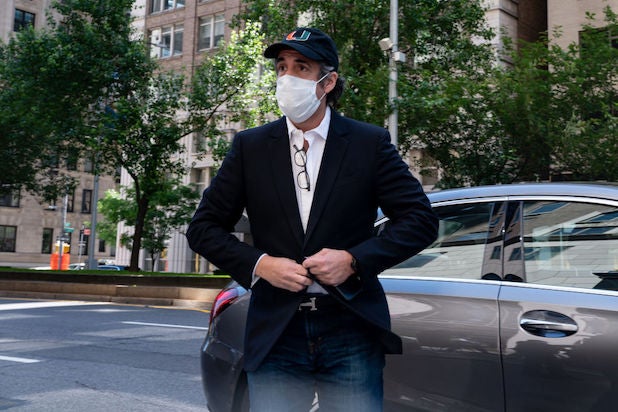 Michael Cohen has been taken back into custody after refusing the “conditions of his home confinement,” the Federal Bureau of Prisons said on Thursday.

“As a federal inmate, Mr. Cohen remains subject to compliance with BOP policy, which includes being subject to electric monitoring and obtaining pre-approval for media interviews. As a result of his refusal to consent to the terms of the program, he was returned to a BOP facility for service of his sentence,” Emery Nelson, a spokesperson for the bureau, told TheWrap.

Cohen pleaded guilty in 2018 to lying to Congress, tax evasion and campaign finance fraud involving hush-money payments to women who said they had affairs with Donald Trump, who has denied the accusations. The former Trump lawyer had originally been released from prison in May due to the coronavirus pandemic and “was in the process of being placed into home confinement” to continue serving his three-year prison sentence from home, the spokesperson said, but he was ultimately taken back into custody because he did not agree with the terms for home confinement.

Cohen’s return into custody comes a week after he appeared in photographs published in the New York Post, which showed him eating at a French restaurant near his apartment in Manhattan’s Upper East Side. Roger Adler, an attorney for Cohen, told TheWrap that it was not clear to him what “terms and conditions” Cohen may have violated by going out to dinner.

“It came as a shock and surprise to me in view of the fact that while there were some newspaper stories in the NY Post indicating that he was out and about dining out at a sidewalk café near his house, that somehow that this ran afoul of the regulation,” Adler said.

Adler also suggested it was “unsettling and coincidental” that Cohen’s return back into custody came on the same day that the Supreme Court ruled Trump couldn’t block the release of his tax returns.

Another attorney for Cohen, Jeffrey Levine, told reporters outside the courthouse that he and Cohen objected to an agreement they were shown that said Cohen must not speak with reporters, post on social media or participate in any film or book project while serving out his sentence, according to CNBC. Though they requested the agreement be modified, Levine said no one came out to “re-engage” with them, CNBC also reported.

Before his early release, Cohen was expected to be finished serving his sentence in Nov. 2021.