The “Kominsky Method” actor will star as the founding father for an upcoming Apple TV+ limited series, which will be based on the book “A Great Improvisation: Franklin, France, and the Birth of America” by Pulitzer Prize winner Stacy Schiff.

“The drama will explore the thrilling story of one of the greatest gambles of Benjamin Franklin’s career. At age 70, without any diplomatic training, Franklin convinced France – an absolute monarchy – to underwrite America’s experiment in democracy,” the logline for the series reads.

“By virtue of his fame, charisma, and ingenuity, Franklin outmaneuvered British spies, French informers, and hostile colleagues, all while engineering the Franco-American alliance of 1778 and the final peace with England of l783. The eight-year French mission stands as Franklin’s most vital service to his country, without which America would not have won the Revolution.” 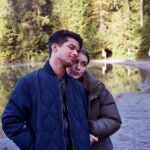 Also Read:
Netflix Acquires YA Rom-Com ‘Hello, Goodbye and Everything in Between’ From ‘To All the Boys’ Producers

The series is a co-production of ITV Studios America and Apple Studios.

Douglas previously voiced Franklin in the PBS documentary series “Freedom: A History of the US” alongside a parade of other famed actors, including Tom Hanks as Abraham Lincoln, Morgan Freeman as Frederick Douglass and Anthony Hopkins as George Washington.

The Emmy Award-winning actor’s other TV credits include “Behind the Candelabra” and “The Streets of San Francisco.” He also has two Academy Awards, one as producer of “One Flew Over the Cuckoo’s Nest” and a second as Lead Actor in “Wall Street.”