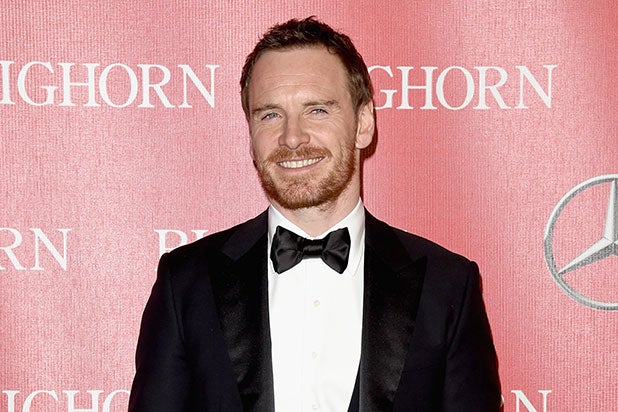 Producers Daniel Emmerson and Theo Barrowclough are joining the new partnership with NRP.

“We are thrilled to be in business with Michael, Conor and DMC Film,” Oliver and NRP vice president of production and acquisition, Angus Sutherland, said in a statement. “At NRP we strive to align ourselves with partners who are looking to broaden their influence on the industry in innovative ways. DMC Film embodies this fully and continues to produce dynamic and compelling projects for audiences across the globe. We look forward to this next chapter together.”

Fassbender added, “At DMC, we work on ambitious and authored projects with bold and original filmmakers. It’s so exciting to have found the ideal US partners in Brian, Angus and their formidable team at New Republic. We believe this new partnership will allow us to develop our ethos together and help our projects reach a truly global audience.”

NRP’s upcoming film is “Rocketman,” a biopic that looks at the life and career of Elton John, co-financed with Text Films, Starlings Entertainment and Paramount Pictures. It will hit theaters on May 31.

NRP has produced more than 20 films and TV projects. On their development slate are “The Creed of Violence” with Todd Field writing and directing, the drama “Green Rush” that is produced with Will Packer, and a remake of “The Wild Geese.” NRP is also developing “Bathing Suits” with Leslie Mann and Ed Helms, as well as the World War II spy drama “Iris.”

Also Read: 10 Movie Stars You May Not Realize Did Westerns, From Brad Pitt to Jake Gyllenhaal (Photos)

Oliver was nominated for an Academy Award and BAFTA Film Award for “Black Swan.” His other credits include “The Ideas of March,” “Rush,” “Everest,” “Black Mass,” “Hacksaw Ridge” and “American Made.”

DMC was founded by Fassbender and McCaughan in 2011, and Emmerson and Barrowclough joined in 2014 and 2015 respectively. The company’s first production was John Maclean’s “Slow West,” and has since produced Justin Kurzel’s “Macbeth” and “Assassin’s Creed,” in which Fassbender starred. Upcoming films include “Dreadful Ned,” “The Lesser Bohemians” and “Yet to Be.”

The deal was negotiated for NRP by Lindsay Conner at Manatt, Phelps & Phillips. Jason Sloane at Sloane, Offer, Weber and Dern negotiated the deal on behalf of DMC Film.