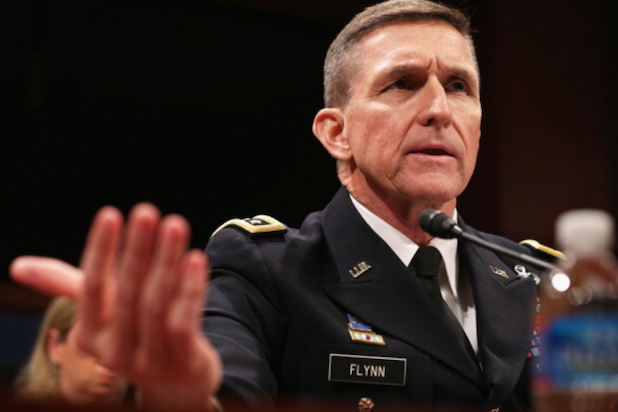 Retired Lt. Gen. Michael Flynn, whom Donald Trump has selected to serve as national security adviser, has deleted a tweet that linked to a fake news story tying Hillary Clinton to sex crimes with minors.

Yes, until today, the incoming national security adviser, allowed a fake news story to linger on his Twitter account for over a month. And not just any fake news story; he linked to a story on TruePundit.com that falsely claimed the FBI investigation into Anthony Weiner had turned up evidence “to put Hillary and her crew away for life.”

CNN’s Andrew Kaczynski noticed the tweet from Nov. 2 is no longer on Flynn’s Twitter page and pointed out that it can still be seen on Archive.org.

Ironically, Flynn’s son took to Twitter on Wednesday to attack the Washington Post and questioned whether the paper should “continue to operate” after publishing what he called “fake news.”

His tweet has heightened relevance given his high-profile interest in #PizzaGate, the nickname given to a series of online fake news stories that implicated D.C.’s Comet Ping Pong restaurant and its owner in the rumored child sex operation.

The younger Flynn was recently removed from Trump’s transition team for spreading the #PizzaGate conspiracy.