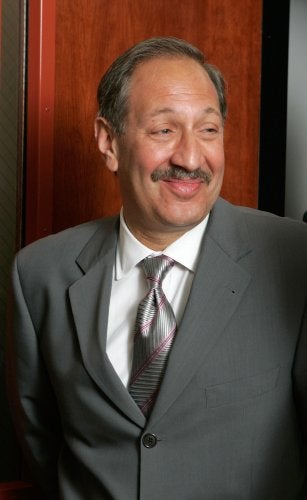 A $20 million judgment given to Michael Jackson’s attorneys in 2008 in the XtraJet case came crashing to earth today when the state’s Second District Court of Appeals threw out the award.

In November, 2003 XtraJet’s owner, Jeffrey Borer, secretly installed spy cameras onto a plane chartered by Jackson and attorneys Mark Geragos (pictured) and Pat Harris. The trio was on its way to Santa Barbara, where Jackson had arranged to turn himself in to authorities to face child molestation charges.

A technical glitch prevented the men’s conversations from being recorded, but that was not enough to get Borer off the hook from federal charges – and a subsequent lawsuit from Geragos and Harris. Following a 2008 no-jury proceeding, L.A. Superior Court Judge Soussan Brugera awarded the plaintiffs $20 million, declaring, "Defendant Borer was the mastermind behind a scheme to desecrate and exploit sacred attorney-client communications for personal profit.”

Today a three-member appellate panel, consisting of justices Patti Kitching, Walter Croskey and Richard Aldrich, found the damages excessive. They instead offered a settlement of $500,000 to Geragos and $250,000 to Harris – with attorneys fees being borne by the litigants. The decision does not become final until a remittitur date of March 15, after which time the plaintiffs’ attorneys can appeal.

“It sounds like a no-brainer to us,” said Geragos and Harris’ attorney Brian Kabateck told The Wrap about the probability of appeal. “I can try this case all day long in my sleep.”

“It hit the nail on the head,” Kirschbaum said. “I think they’d be on a fool’s errand to appeal – but if they listen to me, it’ll be the first time they did.”

Kirschbaum maintains that attorney-client privilege was not violated because there was no sound on the videotapes.

“That’s always be been Mr. Kirschbaum’s claim to fame, but that isn’t the issue,” countered Kabateck. “It’s not about attorney-client privilege — it’s about stealing the images of these people and invading their privacy.”

Although Jackson originally was a party to the original lawsuit, he later dropped out of the case. His name, nevertheless, remains on the case caption. ( “Jackson et al. v. Xtrajet, Inc. et al.”) Kirschbaum says the only reason the case has garnered any attention is because of its association with the late singer.

“He’s dead and [the media] still want to know what he thinks!” said Kirschbaum.