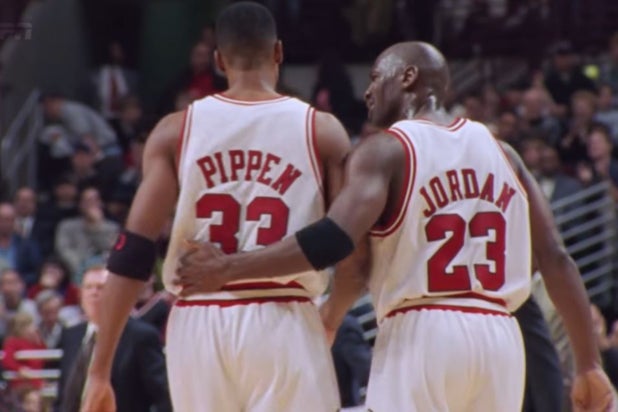 As Michael Jordan did during his playing days, he continues to draw big TV ratings. The premiere of ESPN’s highly-anticipated docuseries “The Last Dance” drew 5.3 million viewers on Sunday night to the sports-starved network.

It was the most-watched documentary in ESPN’s history, far surpassing the the 3.6 million that watched “You Don’t Know Bo: The Legend of Bo Jackson” in 2012. Across ESPN and ESPN2 (which aired an expletive-free version), the two hours averaged 6.1 million viewers, of which 3.5 million were in the adults 18-49 demographic.

On ESPN alone, the 9 p.m. ET premiere episode drew 5.7 million, with the second episode following with 5 million at 10 p.m. ET.

“The Last Dance” premiere was moved up two months from its original June date, as the sports network has been without any live sports content amid the shutdown caused by the coronavirus pandemic. The docuseries follows the 1997-98 Chicago Bulls during Jordan’s (and many other of the dynasty’s mainstays including fellow Hall-of-Famers Scottie Pippen and coach Phil Jackson) last season with the club. That year ended with the Bulls’ second consecutive three-peat and sixth championship in eight years.