Michael K. Williams has complicated emotions about playing the father of Antron McCray, one of five teenagers unjustly accused of the 1989 brutal attack of a woman jogging in Central Park, in Ava DuVernay’s Netflix series, “When They See Us.”

Williams remembers well when the attack and arrests occurred. He remembers feeling like something was off, despite the supposed confessions of the teenagers. And he acutely remembers the panic in New York at the time around “wilding,” packs of young men on the prowl to do violence — because he himself was a victim of this new urban scourge.

“I got wilded on,” said Williams, a 52-year-old distinguished character actor with credits in “The Wire” and “Boardwalk Empire,” who plays Bobby McCray in the new Netflix series. It was a freak attack one night in New York, he recalled in an emotional conversation with WaxWord.

“I got jumped by a group of African American and Hispanic guys on my 25thbirthday,” he said. “I went out drinking with friends. I had liquid courage in me, I entertained a conversation that I (normally) would have run away from. Guys looking for trouble. I got tired of being picked on. I got jumped viciously.”

He paused, then remembered the violence of that night. “I know what it is to be violated. My life was on the line.”

Williams bears a searing scar on his face from that attack. And yet, he also carries the experience of being a young black man growing up in New York City. And to him, the confessions of the Central Park Five — as they came to be known — never seemed right.

“The conversation in my household growing up, particularly with my big brother and mother was, ‘something ain’t right.’ But like everybody else, all we had to go on was what we would see and hear in the media. It was very conflicted, we hear, ‘They confessed to these crimes,’ who does that if they’re innocent? That’s what we grappled with in our household.” 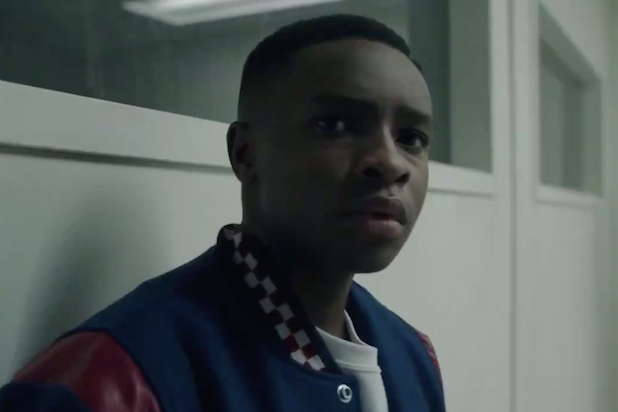 He went on: “I know what that (wilding) looks like in the eyes. When I looked at those young boys on the news, that is not what I saw. What I saw was myself. What I felt was fear — fear of being lumped in, fear of being generalized, fear of being next.

“That’s the guilt that I carry. One half of my emotions is ‘something ain’t right.’ And the other half of my instincts is, ‘It must be right. That’s what they said. How could they lie? They can’t get it wrong. They know. It’s them. What do I know?'”

Williams is one of many who carries with him a mix of emotions about a crime that nominally had nothing to do with him. “When They See Us” takes an unflinching look at a system of justice and a media machine that indicted and convicted five teenagers who, as we learned in time, had no connection to one another before the crime, and had nothing at all to do with the event itself.

A convicted rapist, Matias Reyes, later confessed to the brutal rape and near-murder of 28-year old Trisha Meili, and his DNA matched that found at the scene.

Williams cannot ignore his own attack and how it affected public hysteria around the Central Park Five.

“To be fair, it’s not like people in my community weren’t acting like that. It’s not like wilding wasn’t going on. It was a very real thing in the community at that time. What did I know?” he asked. 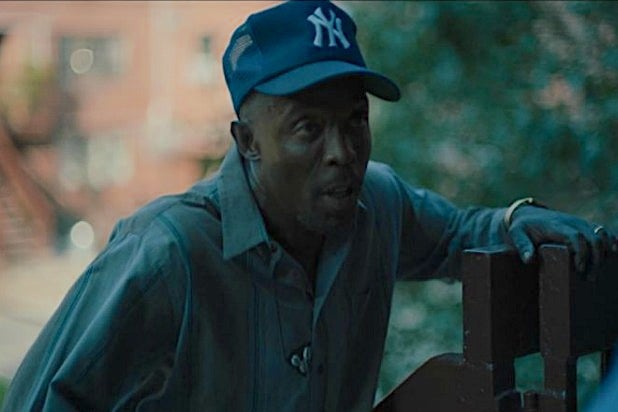 Michael K. Williams in “When They See Us” / Netflix

And the hair-trigger response is not only limited to the white community, he said. “When it comes to people who are black and brown complexions, we have systemic trauma that knee-jerks us into responses that are embedded in my DNA, I’m just learning how to recognize it,” he said. “I have things embedded in my DNA that I’m recognizing. When I see people that look like me on the news that are depicted in that type of light, I am conditioned to believe it, especially when they look like myself, even though I know I don’t act like that.”

He paused: “I’m fighting against myself.”

But Williams believes that telling this story, as hard as it is, represents a move toward positive change. “The good thing about it is the conversation is being had,” he said. “I know that I have trauma. I remember changing the way I dressed. Changing the people I hung out with. To not be ‘that,’ whatever that was.

“This is a result of decades of situations. When it was found out that this innocent white woman was attacked, and the perpetrators could have been men of color, it struck a chord that goes way back beyond the situation of what happened that night. It’s systemic. But I don’t want hate. I’m sick of the anger. Let’s take our anger and start the conversation.

“If we recognize that we can’t generalize based on what we hear, what we see on the news, it will start to question things. I don’t want this to be a situation of vindication. We need to ring the bell for their innocence as loud as it rung when they were convicted. But if we are really affected by these men’s stories, the way to honor that is by starting the conversation. It can’t be white against black, can’t be police against community. None of those conversations work. That’s what I’m hoping.”