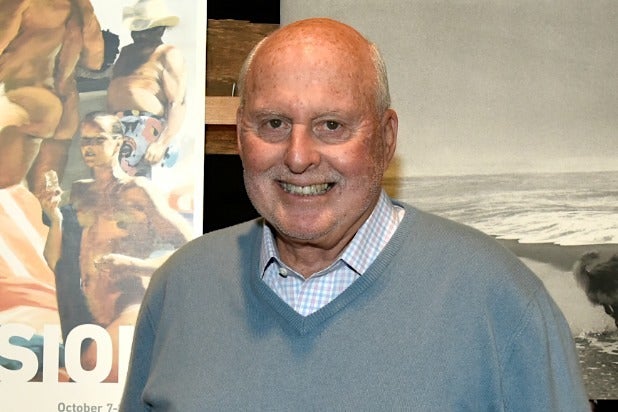 Michael Lynne, a Hollywood producer who helped transform New Line Cinema into a powerhouse and served as an executive producer on Peter Jackson’s “Lord of the Rings” trilogy, has died. He was 77.

Lynne’s passing Sunday night was confirmed by a spokesperson at Unique Features in the office of his longtime partner Bob Shaye.

“He was understanding, incisive, warm, funny, and creative,” Shaye told TheWrap. “He was a man of integrity, talent, creativity, warmth and humanitarianism that was to my mind unparalleled among the acquaintances that I had, and I will value his friendship forever.”

Lynne’s passing came as somewhat of a surprise to Shaye, who said that Lynne was expected to be heading back from the hospital earlier last week, but “things went from not good to worse.” He added that a funeral will be held for Lynne on Thursday.

Lynne joined Shaye at New Line Cinema in the late 1980s. He was appointed president and co-COO at the studio and then named co-chairman and co-CEO in 2001. During his time there, he worked to take New Line from an indie house to a box office force.

In 2008, Lynne and Shaye left New Line and formed a new venture called Unique Features. He also served on the board of directors with IMAX, joining as a director in 2013.

Also Read: Larry Cohen, Writer-Director of Cult Horror Films 'It's Alive' and 'The Stuff,' Dies at 77

“It is with great sadness that IMAX learned of the passing of Michael Lynne,” IMAX CEO Richard L. Gelfond said in a statement. “Michael was much more than a great director of IMAX. He was a great friend to us all, a source of inspiration and generously shared his wisdom and values. We will miss him greatly.”

Lynne took a risk with the “Lord of the Rings” films, convincing director Peter Jackson to turn the books by J.R.R. Tolkien into a trilogy. The expensive epics ultimately raked in over $3 billion at the global box office. He’s also an executive producer behind films such as “Hairspray,” “The Golden Compass,” 2010’s “A Nightmare on Elm Street” and “The Mortal Instruments: City of Bones.”