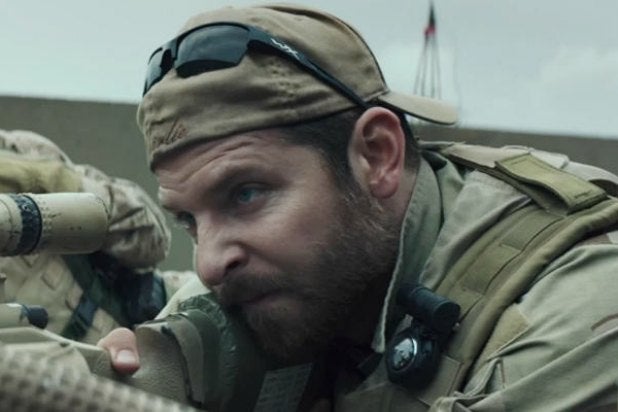 Michael Moore defended a statement he made on Sunday that “snipers aren’t heroes” by refuting the interpretation that he was weighing in on the debate surrounding Clint Eastwood’s “American Sniper.”

“My dad always said, ‘Snipers are cowards. They don’t believe in a fair fight. Like someone coming up from behind you and coldcocking you. Just isn’t right. It’s cowardly to shoot a person in the back,'” Moore wrote on Facebook late Sunday with a link to tweets. “But Deadline Hollwood and the Hollywood Reporter turned that into stories about how I don’t like Clint Eastwood‘s new film, ‘American Sniper.’ I didn’t say a word about ‘American Sniper’ in my tweets.”

It turns out Moore did like the Oscar-nominated drama starring Bradley Cooper as Chris Kyle, a deceased Navy SEAL considered to be the most lethal sniper in U.S. military history after accumulating 160 confirmed kills during four tours of the Iraq War.

“Awesome performance from Bradley Cooper. One of the best of the year. Great editing. Costumes, hair, makeup superb,” the “Bowling for Columbine” director wrote. “Too bad Clint gets Vietnam and Iraq confused in his storytelling. And that he has his characters calling Iraqis ‘savages’ throughout the film.”

“But there is also anti-war sentiment expressed in the movie,” Moore continued. “And there’s a touching ending as the main character is remembered after being gunned down by a fellow American vet with PTSD who was given a gun at a gun range back home in Texas — and then used it to kill the man who called himself the ‘America Sniper.'”

Moore says his sniper tweets, in which he wrote “snipers aren’t heroes,” was made in reference to Martin Luther King, Jr., a celebrated civil rights activist assassinated by a long-distance gun shot from James Earl Ray on April 4, 1968.

“I think most Americans don’t think snipers are heroes,” Moore said. “Hopefully not on this weekend when we remember that man in Memphis, Tennessee, who was killed by a sniper’s bullet.”

On Monday morning, Moore made his position on the war depicted in “American Sniper” clear:

Sorry to have to state the obvious again: Invading a country that hasn’t attacked you is illegal & immoral. History will judge us harshly.

“American Sniper” is shaping up to be both this year’s highest-grossing Best Picture nominee, as well as the most divisive. While Americans flocked to theaters over the weekend to help the Warner Bros. release set a January box office record with $105 million in ticket sales, some members of the media have taken issue with the celebration of a “killer.”

The controversy stems from Kyle’s autobiography, in which he write “the enemy are savages and despicably evil,” and his “only regret is that I didn’t kill more.”

Guardian author Lindy West, for example, criticized Kyle in an opinion piece titled “The real American Sniper was a hate-filled killer. Why are simplistic patriots treating him as a hero?”

Others, like veteran Paul Rieckhoff, have rushed to defend both Kyle and the film.

In a piece for Variety, Rieckhoff called it “the single best work of film about the Iraq War ever made,” and said Kyle was a “real-life super hero.”