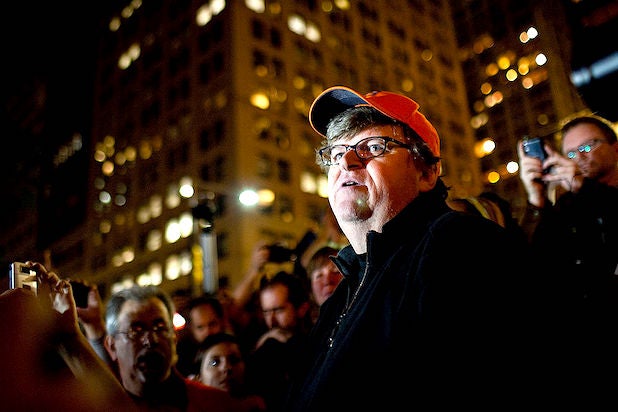 “Michael Moore in TrumpLand” will screen for the first time in New York City’s IFC Center on Tuesday for free, the filmmaker announced Tuesday.

The movie, an iteration of Moore’s one-man show, is set to begin its theatrical run on Wednesday. The filmmaker had originally planned to perform the show at a central Ohio theater.

The film’s official synopsis reads, “See the film Ohio Republicans tried to shut down. Oscar-winner Michael Moore dives right into hostile territory with his daring and hilarious one-man show, deep in the heart of TrumpLand in the weeks before the 2016 election.”

In the hours leading up to the unveiling of the secret film, Moore was teasing the project on Twitter, using the hashtag #OctoberSurprise. He also invited fans to come out to the IFC Center at 8:30 p.m. on Tuesday. One of the tweets is a photo from his editing room which includes a still of Trump’s children Ivanka, Eric and Donald Trump Jr.

What's this? Something is cooking! Final night in the "kitchen." #OctoberSurprise pic.twitter.com/eNX7LwxK5p

In an interview with Bill Maher in July, the filmmaker said, “Trump is going to win. I’m sorry.” Earlier this year, Moore and Maher pledged to take down Donald Trump before he reaches the White House in November. Moore supported Bernie Sanders in the Democratic primary.

Moore’s recent credits include “Where to Invade Next” and “10%: What Makes a Hero,” on which he served as executive producer.

Moore is represented by WME.