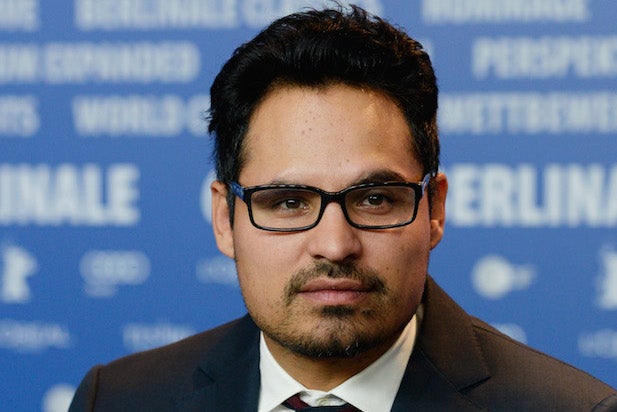 As the film moves toward production, Michael Peña is still in talks to join Marvel’s “Ant-Man.”

The actor, who stars as the heroic labor leader in next week’s biopic “Cesar Chavez,” told TheWrap that he’s “still figuring out” if he’ll be able to suit up in the comic adaptation, which stars Paul Rudd as the titular hero and will be directed by the Cornetto Trilogy’s Edgar Wright.

Back in January, TheWrap first reported the news of Peña’s potential involvement in the film, which was denied at the time by Marvel Studios.

Peña just finished filming a WWII epic with his “End of Watch” director, David Ayer, alongside Brad Pitt and Shia LaBeouf, and will be seen in the upcoming mini-series “Grace Point.”