There was good news and bad news for both actor-podcaster Michael Rapaport and Barstool Sports on Monday — a judge dismissed Rapaport’s defamation claim against the popular sports website but will allow his breach of contract claim to move forward.

In September 2018, Rapaport sued Barstool Sports Inc., Barstool founder David Portnoy and site personalities Adam Smith, Kevin Clancy and Eric Nathan. He said he was owed money from his brief eight-month business relationship with the company — and that he was defamed by the company and its talent who falsely claimed the actor has herpes.

Rapaport, who did a podcast and video “rants” for Barstool beginning in 2017, said that Portnoy publicly terminated him “without cause or justification” in February 2018, and that Barstool refused to pay him the balance of the guaranteed payments due under his talent agreement.

In Monday’s order, U.S. District Court District Court Judge Naomi Reice Buchwald dismissed Rapaport’s defamation claim and wrote, “A close review of the challenged statements in context reveals that they would not have been ‘understood by a reasonable [audience] as assertions of fact that were proffered for their accuracy’ … Instead, context suggests that audiences would readily recognize the challenged statements as representing the (often overtly biased) viewpoints of the Barstool Defendants.”

The judge also shot down Rapaport’s complaint about Barstool selling a t-shirt that depicted him as a clown with a red herpes sore beneath his lip. “While hardly flattering to Rapaport, this image standing alone is not actionable because a reasonable audience would not understand the shirt to be asserting as a fact that Rapaport has herpes,” she wrote. 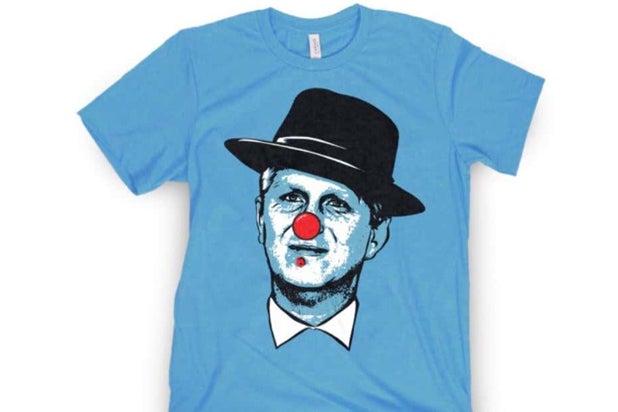 Barstool had said that it had every right to fire Rapaport after he tweeted insults directed at Barstool fans. The judge ruled that claim cannot be determined at this stage, writing, “Whether the evidence demonstrates that Rapaport’s tweet actually brought Barstool into public disrepute and thus permitted Barstool to immediately terminate the Talent Agreement is a disputed issue of material fact that must be resolved by a jury following trial.”