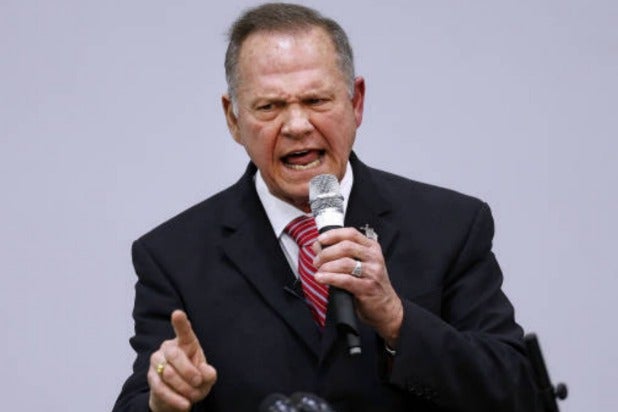 Cheer up, Roy Moore; you’re not going to the Senate, but Michael Rapaport has a holiday message for you. Sort of.

On Tuesday night, after Moore lost his bid to become a U.S. senator representing Alabama, Rapaport took to Instagram to weigh in on the defeat, which occurred after multiple women accused Moore of sexual misconduct, including a number who were teenagers at the time.

The “Atypical” star did so in his trademark, obscenity-fueled style.

The actor went on to reference the accusations against Moore, as well as his wife’s attempt to deflect accusations of anti-Semitism by declaring, “One of our attorneys is a Jew.”

“Now you and your wife, you have your Jew lawyer deal with all these sexual assault allegations, you f—, you!” Rapaport, who is Jewish, declared.

Also Read: Trump Plays Blame Game: 'I Said Roy Moore Will Not Be Able To Win'

Rapaport then turned his attention to President Donald Trump and former White House chief strategist Steve Bannon, chiding them over the defeat of Republican candidate Moore.

“And you, Steve Bannon with the bad breath, and deviant Donald Trump. All your lying, f—ing conniving, manipulating, racist f—ing rhetoric didn’t even win you the goddamn election in Alabama, you f—s,” Rapaport said. “You tried every f—ing trick in the book, but you lost. You lost f—ing Alabama. Those cracker hillbillies couldn’t pull it out for you, you racist motherf—ers, you.”

The actor signed off his social-media missive with, “Sleep well, f–kos!”

Moore lost to Democratic candidate Doug Jones in a nail-biter of an election on Tuesday night, after multiple women accused Moore of inappropriate behavior toward them when they were in their teens.

Watch Rapaport take his potty-mouthed victory lap in the video.