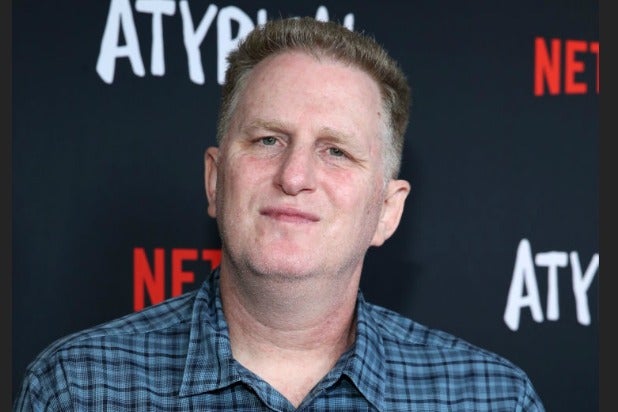 Michael Rapaport got a double-diss in on Thursday, knocking two of his favorite targets — Kanye West and Donald Trump — after “The Life of Pablo” rapper West met with Trump at the White House for a fiery and odd conversation on a number of topics.

In an impassioned video posted to his social media, “Atypical” star Rapaport wrote West off as a “goofball” and criticized Trump for taking a meeting with the rapper while Florida was ravaged by this week’s hurricane.

“D–kstain Donald Trump — Florida has about $13 million of hurricane damage, and you’ve got this goofball in the White House, tap-dancing for you!” Rapaport began his screed.

“Kanye West had D–kstain Donald Trump feeling uncomfortable. You embarrassed a guy who doesn’t get embarrassed! You embarrassed the un-embarrassable, Kanye! What the f— is wrong with you?” the actor and podcaster continued.

Rapaport also called out Trump supporters who feel that the meeting added some hip-hop credibility to the GOP.

“I know D–kstain Donald Trump supporters and Republicans are like, ‘Look, we’ve got this cool hip-hop guy — if Kanye supports us, the world is ours!'” Rapaport vented. “That motherf—er ain’t hip-hop! Kanye was kicked out of hip-hop a couple of weeks ago!”

Rapaport wasn’t done there, tearing into West — who wore a red Make America Great Again cap to the meeting — for suggesting that Trump’s reputation is tied to that of the rest of the country.

Watch Rapaport’s message in the video below.