A version of this story about Michael Stuhlbarg first appeared in the Actors/Directors/Screenwriters issue of TheWrap’s Oscar magazine.

Michael Stuhlbarg is having one of Those Years. You know, a year in which it suddenly seems as if an actor is in every movie, so a trip to the multiplex can become an impromptu Stuhlbarg Film Festival.

The veteran character actor could well end up in three of this year’s Best Picture nominees: Steven Spielberg’s “The Post,” in which he has a small role as New York Times editor Abe Rosenthal; Guillermo del Toro’s “The Shape of Water,” where he plays the crucial part of a scientist in the government lab in which an aquatic beast is being held captive; and Luca Guadagnino’s “Call Me by Your Name,” in which Stuhlbarg’s character, a college professor, delivers a quiet speech that is the film’s emotional centerpiece.

This isn’t entirely novel for an actor who has been working steadily in film for more than a decade: He was in three films last year (“Arrival,” “Doctor Strange” and “Miss Sloane”) and another three the year before that (“Steve Jobs,” “Trumbo” and “Miles Ahead”). But the rapturously beautiful “Call Me by Your Name” in particular has gotten Stuhlbarg the kind of buzz he hasn’t had since he starred in the Coen brothers’ “A Serious Man” back in 2009.

“Luca had a particular vision for this film,” Stuhlbarg said of the drama in which he plays a professor whose 17-year-old son (Timothée Chalamet) has a summer romance with an older visiting student played by Armie Hammer. “On the first day, when we were sitting around his dining room for our table read, he said, ‘I want this to be told with love and laughter and buoyancy, with the idea that this is one of those idyllic summers that someone has if they’re fortunate in their youth.'” 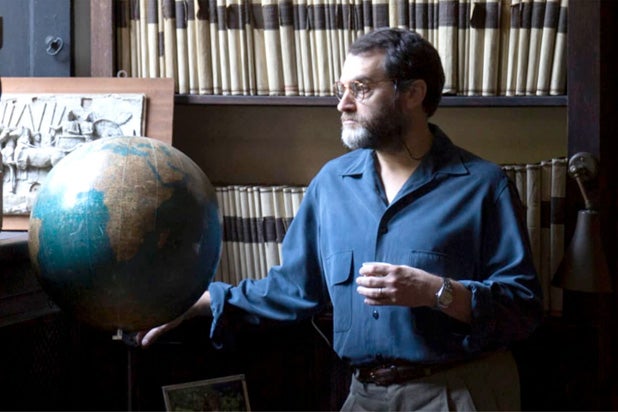 That notion was initially a bit confusing to Stuhlbarg, who had some scenes where his character spoke of regret in more pensive tones than what Guadagnino seemed to be after. “I thought, ‘How am I going to do that?'” he said. “How am I going to combine lightness with some of these somber sentiments?”

Somber or light, Stuhlbarg’s character is the model of an understanding father. But the soft-spoken actor spoke haltingly about how he created his performance, with long pauses to find the right words.

“I think I was drawing from my own sense of compassion and tenderness and understanding,” he said. “And perhaps from the biography that I created for myself about some of the things that Professor Perlman might have been through.”

A long pause. “He must have gone through something in his life that had a tremendous impact on him. I think he may have wanted his son to actually feel the things that he may not have allowed himself to feel.”

Another pause. “The sentiments in the script are so strong that they did a lot of the work for me. But also, I was blessed with remarkable parents, so whatever I was able to convey comes directly through my blood from them. They are very compassionate, tender, loving, funny people, and I think about them often in regards to this piece.”

By the time Guadagnino trimmed the four-hour first cut down to a manageable length, Stuhlbarg’s somber scenes had ended up on the cutting-room floor. What was left included the remarkable scene near the end of the film, when the distraught teen turns to his father for comfort.

“I think it was the very last thing I shot,” Stuhlbarg said of his monologue, which draws tears from most audiences. “I had lived with that text for a long time, and tried it a million different ways in my head. And by the time it came around to shoot, I was ready. We ran through it once for camera, and then shot it twice, from two different angles. There was a more emotional take and a more direct take, and Luca chose the more direct take, rightfully so. And that was it.” 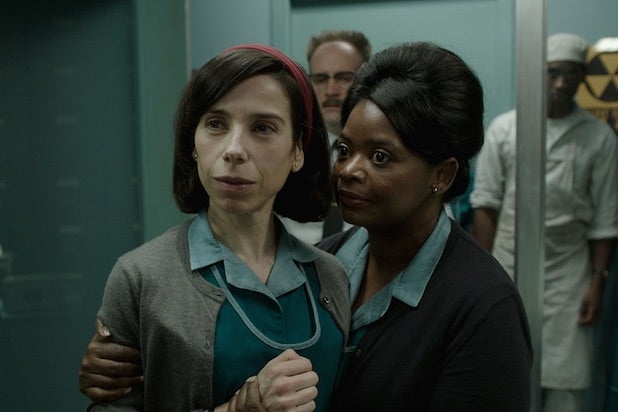 On the heels of “Call Me by Your Name,” Stulbarg moved to “The Shape of Water,” where Guillermo del Toro handed him a complete biography the director had written of his character, a scientist named Hoffstetler who finds himself at odds with Michael Shannon’s brutal military officer.

“That was the first time that has happened for me, that a director loved his character so much that he just kept writing for him,” he said. “He handed me a number of pages about his background, where he came from, the kind of foods he liked, the books he read. He offered all those things, and said, ‘If they’re not helpful, don’t use them.’ I kept trying to find places to put those things in. Sometimes I succeeded and sometimes I didn’t.”

He also turned for inspiration to a poem by Anna Akhmatova that he’d read years earlier — and to the physical environment that del Toro had created. “You walk into these rooms that they built, and it’s like a Frankenstein’s lab,” he said. “You see what seem like massive organ pipes going straight up into the ceiling. Or the chamber in which the creature is kept. There are cords all over the place and grates in the floor and rails for things to be pushed on, and it looks like it’s been there forever. And it’s all from scratch. And there’s Doug Jones [who plays the creature] in this extraordinary suit that he brings to life.” 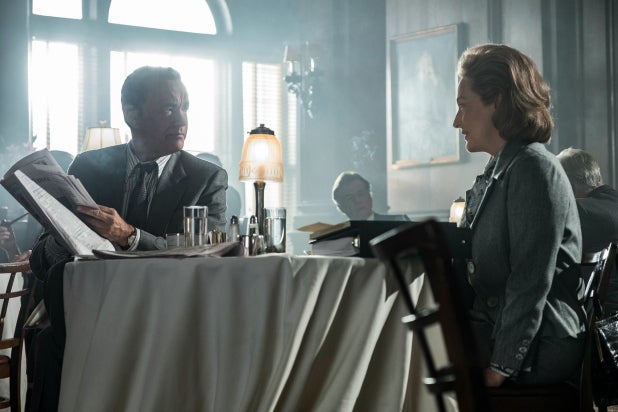 The last film in his 2017 trifecta was “The Post,” for which Stuhlbarg filmed his role as Abe Rosenthal in just six days earlier this year. He didn’t have much onscreen time, but he did as much research as he could on the New York Times’ imperious executive editor who pushed to publish the Pentagon Papers in 1971.

“I watched as much film on him as I could, saw interviews, read about him and had phone calls with people who had worked with him for years. I tried to get a sense of his rhythms, and how he conveyed himself.” He stopped and considered his words carefully. “There were…varying reports about the way he handled being chief editor.”

And as Stuhlbarg described working on “The Post,” it became clear at some point that he was really talking about the task that faces a great character actor anywhere and on any movie.

He shrugged. “But you make it work.”

OscarWrap Magazine: The stars of ”The Big Sick,“ ”I, Tonya“ and ”Lady Bird“ stop by TheWrap for an interview and photo shoot