The funding, led by SWaN & Legend Venture Partners and MRC, goes toward company development beyond Sugar23’s multiyear movie production deal with Netflix and aids in company expansion into podcasting and book publishing.

Sugar23 also announced it has acquired the rights to the New York City luxury retailer Bonwit Teller and that it is developing plans to relaunch the brand and has partnered with experiential agency Blue Revolver to bring to market new virtual-event technology.

“I wanted the infrastructure in place to be able to uniquely and completely service artists,” Sugar told TheWrap.  “I have lived my entire career in the service of storytellers. … This company was designed not to leave any stones unturned anymore.” 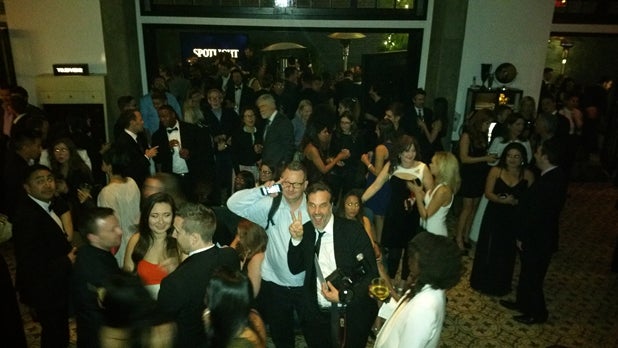 “Spotlight” at the Academy Awards

Sugar said the company plans to launch an additional “very major” fundraising push in the summer and more expansion into new platforms.

“This is the calm before the storm. This is the appetizer, not the entrée,” he joked.

Sugar said launching new departments should allow for further synergy between platforms, “to create a pathway for authors into publishing, for publishing into podcasts. … The idea here is not to create a thriving production management company, we have enough of those.  It is to disrupt in the way that I have always disrupted.” He added that his goal is to bring more “kindness and joy” into productions and brands.

Sugar, who has led such projects as “Spotlight,” “The Knick” and “13 Reasons Why,”  founded Sugar23 in 2017.  The company is in preproduction on Season 3 of “Dickinson” for Apple TV+ and produced the feature “Laundromat” for Netflix.  Projects in development include the Leslye Headland ‘Star Wars’ series for Disney+ and ‘Last of the Mohicans” for HBO Max.