Michael Winship, who served as president of the Writers Guild of America East from 2007 to 2017, is set to return to the position after the guild announced on Tuesday that he would run unopposed in its upcoming elections.

Winship will succeed “House of Cards” showrunner Beau Willimon, who served as WGA East President since 2017 and has decided not to seek reelection. Winship navigated the guild through the 2007-08 writers’ strike and served as president for five consecutive two-year terms. He served as a longtime writer for public TV journalist Bill Moyers, winning an Emmy and three WGA awards for his work on Moyers’ shows. 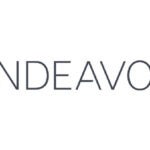 Cullen is a former Time Magazine foreign correspondent who now serves as a consulting producer for “Law & Order: Special Victims Unit.” She has also developed shows like CBS’ “The Ordained,” starring Charlie Cox, and signed an overall deal with Universal Television in 2019. She has served on the WGA East Council since 2016 and is part of the guild’s diversity committee.