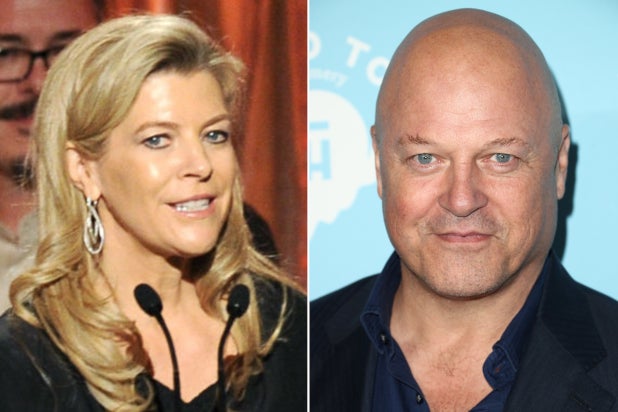 “Coyote” follows Agent Ben Clemens (Chiklis) who, on the day of his mandatory retirement from the United States Border Patrol, discovers an illicit tunnel used to mainline black market goods into the United States from Mexico. This soon puts Clemens in the crosshairs of the criminal mastermind he’s spent his career trying to destroy.

Chiklis is also an executive producer on the project. The series is set up at MacLaren Entertainment, Darkhorse and Sony Pictures Television. MacLaren is a former executive producer for “Breaking Bad” and directed some of the most popular episodes in the series, as well as helmed four episodes of “Game of Thrones.” She is set to direct the film “Cowboy Ninja Viking” with Chris Pratt and Priyanka Chopra.

Chiklis is best known for his starring role as Vic Mackey on FX’s “The Shield,” and more recently he had a recurring role on Fox’s “Gotham.”

In other Paramount Network news, on Tuesday the network picked up scripted comedic drama series “68 Whiskey” for ten episodes. The series, from Brian Grazer’s Imagine Television and CBS TV Studios, follows a multicultural mix of men and women deployed as Army medics to a forward operating base in Afghanistan nicknamed “The Orphanage.”