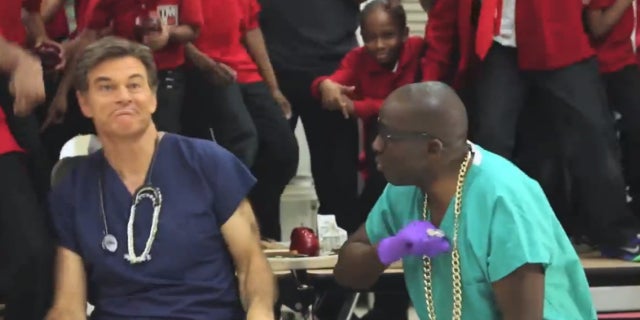 Michelle Obama has teamed up with Partnership for a Healthy America on a rap album called "Songs for a Healthier America," the 44 blog on Politico reported Tuesday.

Obama does actually not sing on the album, but she does make cameos in the form of spoken word pieces. But don't be disappointed, because Dr. Oz does rap on one track, entitled, "Everybody," which also features Doug E. Fresh and Jordin Sparks. It's well worth whatever the sticker price is.

Also on the album are Ashanti, Run DMC and Monifah. Oh, and a song called "Veggie Luv." This is all real.

The album hits the streets (and surely Dr. Oz's waiting room) next month.

Watch the video for "Everybody," and definitely don't turn away until Dr. Oz's verse: