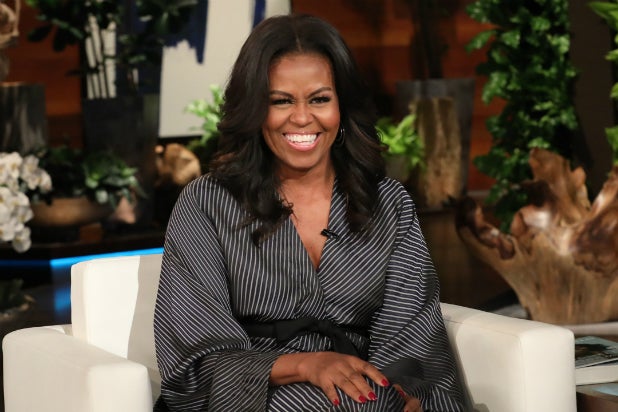 Spotify on Thursday morning announced former first lady Michelle Obama will soon host an exclusive podcast on the platform. The show, aptly titled “The Michelle Obama Podcast,” will debut on July 29 and be available to all free and premium Spotify users.

Obama’s new podcast will feature “candid and personal conversations” with a wide range of guests, including Conan O’Brien, Valerie Jarrett, Michele Norris, and Marian and Craig Robinson, Spotify said in a press release. Episodes will focus on relationships guests share with their family, friends and mentors and how they’ve played a pivotal role in shaping their lives, according to Spotify. The podcast is the first to stem from a deal Higher Ground Productions, the production company founded by Barack and Michelle Obama, signed with Spotify last year.

“My hope is that this series can be a place to explore meaningful topics together and sort through so many of the questions we’re all trying to answer in our own lives,” Michelle Obama said in a statement. “Perhaps most of all, I hope this podcast will help listeners open up new conversations–and hard conversations–with the people who matter most to them. That’s how we can build more understanding and empathy for one another.”

Fans can head to Higher Ground’s Spotify account on Thursday for a quick message from Obama on the show. Higher Ground Audio is being led by Dan Fierman, a veteran of Grantland, GQ and MTV. Salesforce, Dawn and Tide will be the presenting sponsors for the podcast’s first season.

“At Spotify we seek to connect listeners with the world’s most authentic and compelling voices,” Spotify Chief Content Officer Dawn Ostroff said in a statement. “We believe that audiences across the globe will be inspired by these most candid, most human and most personal conversations between First Lady Michelle Obama and her guests.”

Obama’s podcast comes after Spotify has made several deals in the last few months to boost its podcast slate. Spotify shelled out $100 million to bring Joe Rogan exclusively to the service and has also recently signed Kim Kardashian and DC Comics to exclusive podcasting deals. You can read more about Spotify’s big bet on podcasting by going here.