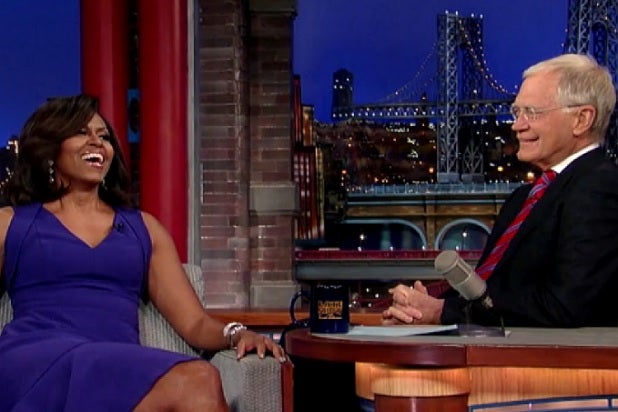 Michelle Obama is apparently ready to take a more hands-on approach to caring for America’s youth.

The First Lady hit up “Late Show With David Letterman” on Thursday to discuss the future — specifically, what Letterman and Obama will do when Dave exits the CBS late-night show and Obama vacates the White House.

Also Read: David Letterman Says He Was Left Out of Decision That Made Stephen Colbert His Replacement

“I think we should hang out together,” Obama suggested.

“Don’t say that if you’re kidding,” Letterman, who’s preparing to step down from “Late Show” after two decades replied.

“I’m not. We could do things,” Obama responded. “I would help you raise your children. I could help you through those dark times.”

(Currently, Letterman only has one child.)

“That’s both delightful and pathetic, isn’t it?” Letterman joked. “‘Did you hear what the president’s wife is doing now?'”