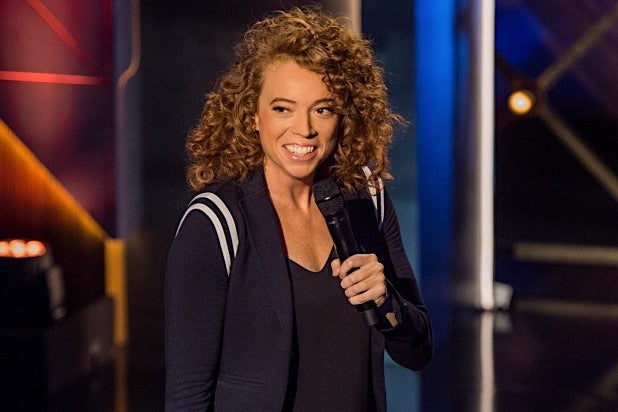 Add one more name to the long list of comedians who are not fans of Ivanka Trump.

Asked about the backlash over comedian Samantha Bee’s “feckless c–t” comment, Wolf said that the criticism was “fair game” since Ivanka is part of the Trump administration.

“So I think it’s very fair to point out that she’s doing a terrible job,” said Wolf, whose new show “The Break” recently launched on Netflix.

Bee got slammed for calling Ivanka the C-word during her TBS show, “Full Frontal,” last month after the first daughter tweeted a photo of herself embracing her son. Critics called the photo “tone deaf,” as it came amid reports of undocumented children being separated from their parents at the U.S.-Mexico border, a new policy pushed by her father’s administration.

“I would guess that most people don’t even know what joke that was in,” Wolf said. “They probably just saw the headline: ‘Samantha Bee calls Ivanka Trump a feckless c–t.’ They don’t know it was a bit about ICE, and they may not even know that Ivanka posted that picture or really so much about that.”

Wolf’s own joke, about press secretary Sarah Huckabee Sanders at the White House Correspondents Dinner in Washington in April also came under scrutiny for comparing Sanders to the character dark, repressive Aunt Lydia in “The Handmaid’s Tale,” a joke that some thought was too personal.

But all the criticism hasn’t made Wolf gun-shy.

“She’s one of those worst kind of girls,” she said of Ivanka.